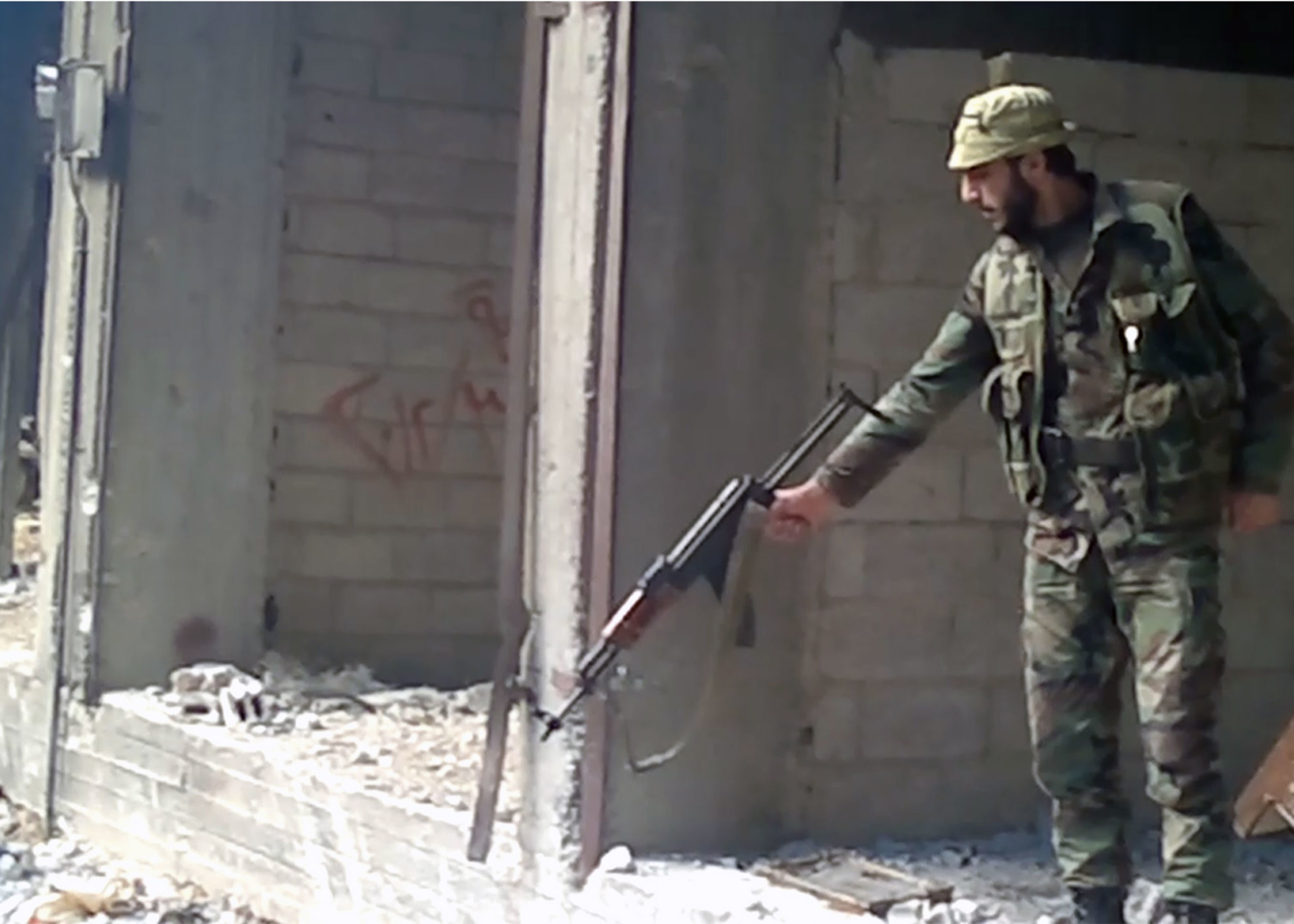 News about the massacre at al-Tadamon has caused worldwide criticism and many have spoken out condemning it, while others have expressed the state of impotence for accounting the Assad Regime for such crimes.

Syrian journalist Tamer Turkmani, mentioned some of the information on the victim from a relative. The young man who appeared was Wassim Siam, a Palestinian-Syrian resident of Yarmouk camp who was born in 1980.

He was married and had two daughters who are 15 and 13 years old and used to work in selling blocks and bricks for construction.

The relative stated that his wife called him and asked him to bring her a cylinder of gas on the day he was arrested. When he arrived in the neighborhood, he was seized at al-Nisreen checkpoint at the entrance of al-Tadamon. His wife called him shortly only to find that his phone was turned off and out of coverage.

There had been no news of him since that time until the video by the Guardian was released.

Apparently, his family was waiting every day for him to come back to them safely, and with every knock on the door they would think it was him.