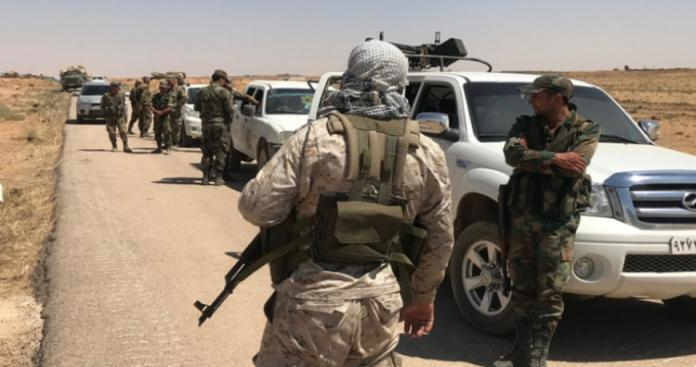 Yesterday, the local factions in the countryside of Daraa, in southern Syria, announced the end of the recent security campaign against ISIS cells in the region.

According to a local source: “The factions mentioned in a statement on behalf of Jasim Revolutionaries, that the campaign, which began on the 14th of October, resulted in neutralizing over 50 ISIS elements, including five leaders.”

They proclaimed earlier that they had demolished houses and headquarters believed to be affiliated with ISIS in Jasim city.

Reports emerged that the Russian-backed Eighth Brigade had participated in the security operation against the ISIS cells.

However, soon afterwards, there were reports of 3 assassinations in less than 24 hours in the town of Tal Shihab, in the countryside of Daraa.

A source said: “Unidentified individuals assassinated Maher and Majd Muhammad al-Ahmad, who are brothers, in the neighborhood of al-Fawwar in Tal Shihab.”

He added: “Meanwhile, a car dumped the body of a man in his thirties at the town’s roundabout.”

The province of Daraa has been in a state of insecurity since the regime took control of it, with the support of Russia and Iran in 2018, after several military factions reconciled, handed over their weapons and many were sent to Northern Aleppo.