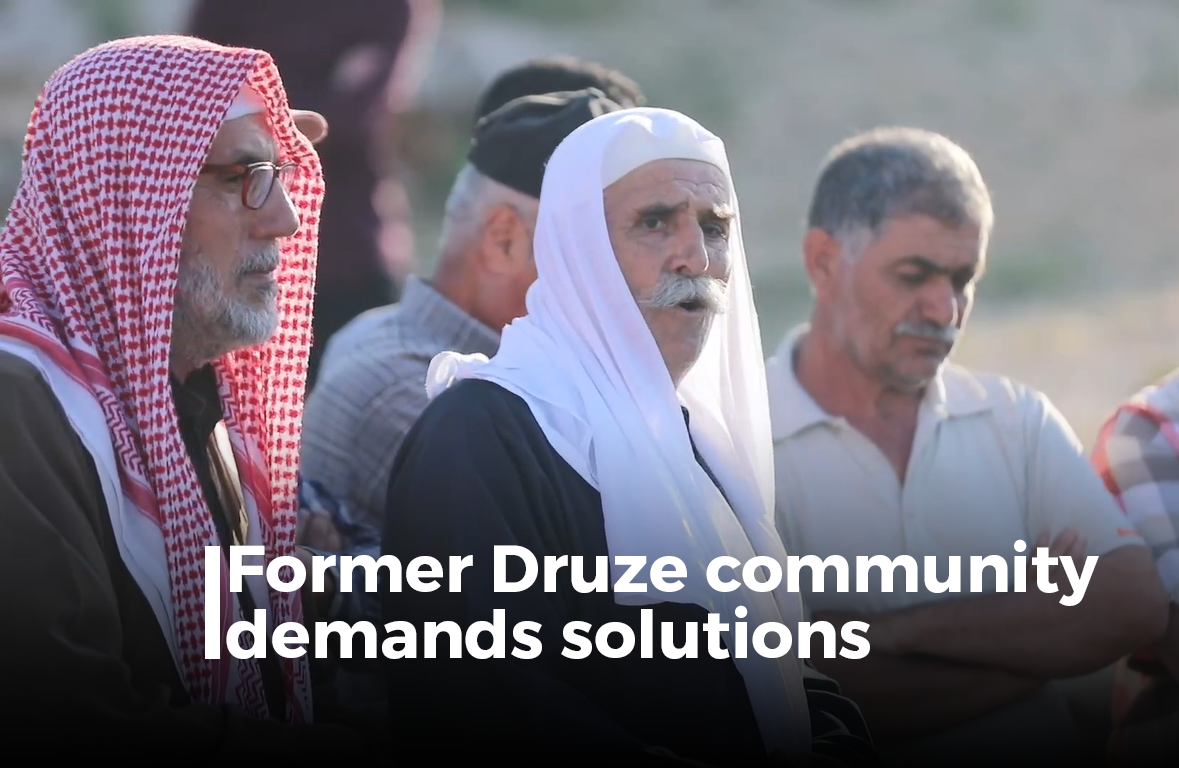 Jabal al-Summaq has an approximate population of 12,000 people and is a part of Idlib province’s Harem district in north west Syria. It comprises 18 villages which are currently under the administration of the Syrian Salvation Government (SSG).

The area, liberated in 2013, is historically Druze, many villages professed a conversion to Islam. The rural communities are small and insular, with some not boasting populations above several hundred residents. In 2015, Abdurahman al-Tunisi killed 30 men in the village of Qalb Lawze, he was arrested and punished. Following the massacre there was a fearful exodus of many families. Abdurahman al-Tunisi was killed years later during a raid conducted by the GSS.

Since 2013 the region has been under the administration of various groups and seen an influx of immigrants consisting of displaced families, both Syrian and non-Syrian. While many of the original residents have stayed in the village some have relocated to Damascus, or other areas. From the foreign families living in the village are some Turkestanis that belong to a group calling themselves the “Strangers’ Battalion.”

Qalb Lawze has experienced prolonged instances of friction between the original residents and the Turkestanis, as one of the residents, Abdul Majeed Sharif, mentioned to L24, “their temperament was completely different from ours.” According to accounts from locals there were many such incidents of conflict about which Sharif says, “but [we] bore their harm regarding these simple matters.”

However, as Sharif continues, “the major problems started about 20 days ago, when they found that someone had defecated inside the mosque.” he recounts how the people in the village reported the incident to the authorities and said, “if the people of the village were offered millions (of dollars), they would not do this, because this might cause bloodshed in the village, and the perpetrator would be one of the dead.”

Sharif mentions the villagers “demanded to know who (had done that)” saying that “after this incident, there were daily problems in the village” and he said that through all the hostilities the villagers would “turn a blind eye because [we] do not want to create a problem with the foreigners.”

Then before Friday prayers the aggression reached its height when a man brandished a weapon in the mosque as Sharif related to L24, “Abdullah the Uzbek pointed his gun, and  he said exactly, ‘Oh, Druze, you’ve defiled the mosque, let the Druze stand on one side and the Muslims on the other.”

Then he loaded his weapon and his foreign friends attacked him and stopped him from shooting.”

In the end a delegation was sent from the village to speak with the governor and authorities about which Sharif comments, “The delegation was answered with good words, as they confirmed their knowledge of the inability of the people of the village to coexist with these people and asked them to be patient until this matter is resolved.”

L24 contacted Alaa Omran, the governor of Harem about the event he said about the people of Qalb Lawze, “[they] are among the social fabric in the liberated area, and protecting them is our duty, as is holding wrongdoers accountable for their crimes, this individual, who is mentally ill, represents only himself and he will be dealt with in accordance with the law.”

Omran explained the government’s response as soon as they were notified, “police immediately sent patrols to the village, three patrols were sent from Qurqaniya, Harem and Kafr Takharim police stations. A search was made for the perpetrator, who escaped at that time, and the General Security Detachment in Qurqaniya was also present.”

Despite these efforts Sharif published an open letter on social media accounts regarding the incident. Some fear this may worsen the situation in the village by inciting further conflict and hostility, as Omran mentions, “this statement, should have been private and not a public [Mr. Sharif] is fully aware of our frequent meetings with the people of region and the villagers of Qalb Lawze in particular, our the last meeting with them was Monday [three days before the incident occurred].”

In Jabal al-Summaq there have been issues over the years, between both Syrian and non-Syrian immigrants and the locals, the authorities seem aware of the urgency of the situation and Qalb Lawze and appear to be working to address them.

“The people of Qalb Lawze demanded the presence of a security or police detachment in their village or in a neighboring village for rapid intervention in the event of any new problems occur.” Omran said, “… we’re developing a plan to solve these issues completely as soon as possible, Allah willing.”

Regarding the residents of Jabal al-Summaq Omran said, “The residents have been contacted, and reassurances and guarantees have been sent that the perpetrator will be held accountable and we are working on that.”

Joulani, mentioned specifically in Sharif’s open letter, visited Qalb Lawze and the region only a few months ago to oversee municipal projects. Chief among them, a well to provide water to several of the villages of Jabal al-Summaq (6,000 residents).

The SSG seem to be aware of the seriousness and sensitivity of the situation in Jabal al-Summaq and Qalb Lawze, and it remains to be seen whether it can and will solve the problem while respecting the rights of the original inhabitants of these villages.