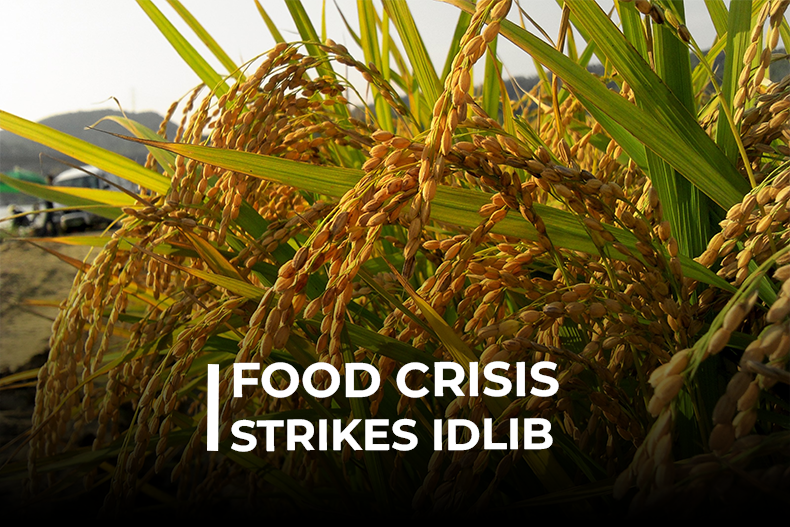 The world is facing a global food crisis. A recent report reviewing recent trends in global insecurity showed that close to 276 million are at risk of joining the 928 million people suffering from severe food insecurity.

Climate change, the Covid-19 pandemic, global economic instability and protracted regional conflicts have all been cited for contributing to the worsening crisis. The recent war in Ukraine has been the proverbial tipping point as it accounts for nearly 50% of the grain supply to the World Food Programme.

Not only loss in distribution chains, or raw foodstuffs are at play but also vital agricultural supplies like seed and fertilizer necessary for large scale crop production. These factors result in a global rise in prices. Fertilizers are up more than 20% and FAO’s Food Price Index went up by 55.2%, led by a 159.4% rise in prices of edible oils, compared to last year. 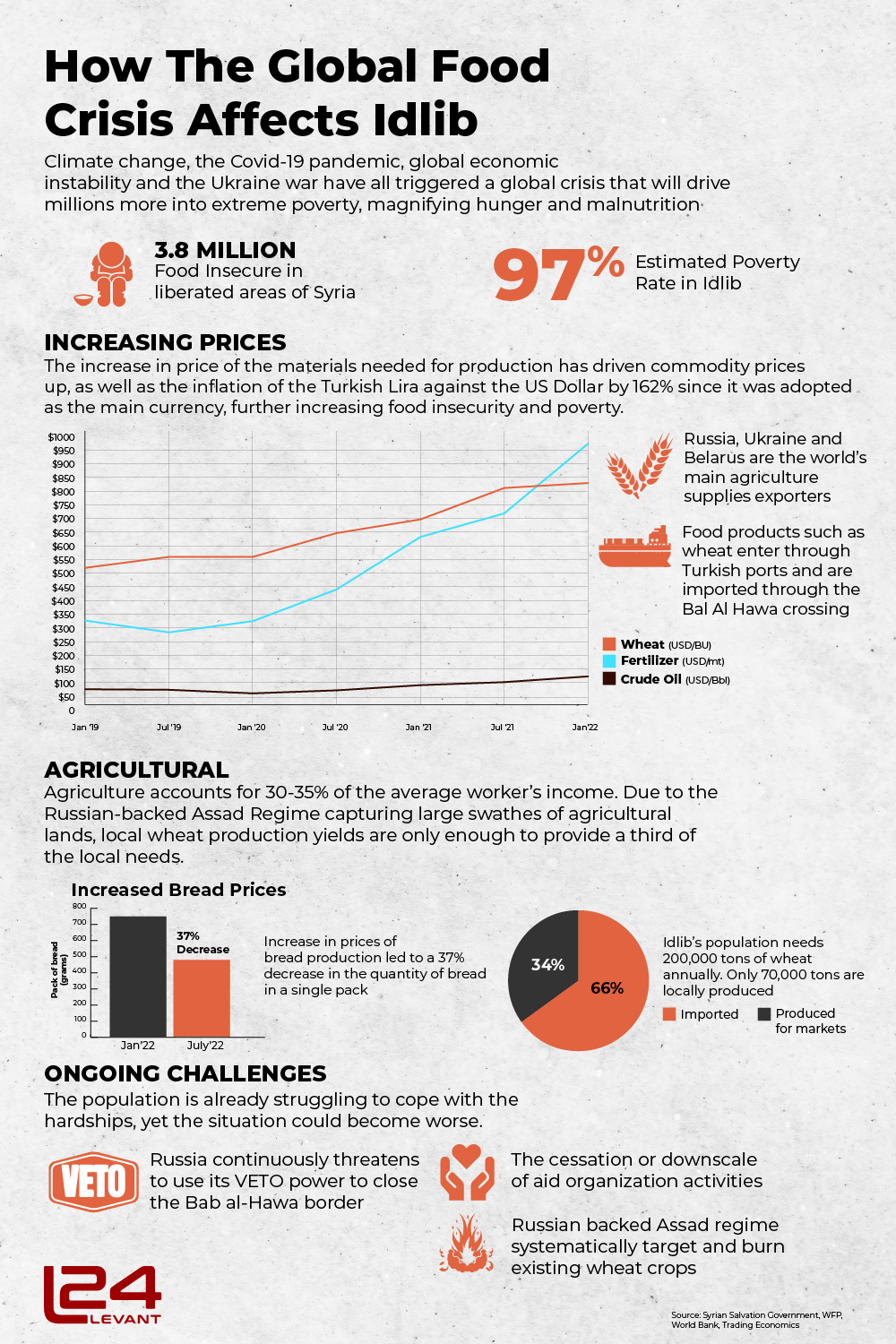 Countries that have experienced protracted fighting are more at risk as war disrupts communities. The destruction of vital infrastructure results in mass displacement and destroys the economies and livelihoods within the war zones. Such areas are also notoriously difficult and dangerous for many aid organizations to work in and fully function and opposing political parties often weaponize medical, economic and food aid.

Northern Syria and Idlib are especially impacted by such factors. According to WFP, as of February of this year, 12.4 million Syrians were food insecure, meaning 60% of the entire population were on the brink of not being able to meet their dietary needs, with inflation in the country nearly 140%, which leaves the majority below the poverty line.

Deputy Minister of Agriculture and Irrigation, Engineer Ahmed Al-Kawan, informed L24, that the areas administered by the Syrian Salvation Government (SSG) require 200 thousand tons of wheat per annum, yet are only capable of producing 82,000 tons with 70,000 reaching the market, meaning 130,000 tons of wheat or flour must be imported annually to meet the region’s food security demands. This mostly enters via Turkey through the Bab Al-Hawa crossing.

For a region that is home to millions of displaced refugees, most of whom are dependent on external aid to meet their daily needs, any loss in vital foodstuffs can be devastating, threatening many who already live below the poverty line with malnutrition and starvation. According to the Director of Public Relations at the Ministry of Economy and Resources of the SSG, Hamdo Al-Jasem, “the most vital needs are basic food products such as sugar, wheat, rice, and animal feed. These materials are generally the most in demand in the liberated areas.”

According to Deputy Minister Al-Kawan, various other factors in Idlib exacerbate these issues “such as the reoccurring threat of the closure of cross border aid via Bab al-Hawa, the only corridor for food, medical and humanitarian assistance available to all of northern Syria and the millions of IDPs who live there. The interdependence of the North with the Turkish economy, namely its currency, means that the recent depreciation of the Turkish Lira has exacerbated existing inflation.” The effects of climate change which resulted in a longer and colder winter meant many crops suffered losses. Additionally, the scorched earth practice of Russian and regime forces of deliberately targeting agricultural land before harvest to destroy the crops, as has also been witnessed in Ukraine.

Economic instability of the region due to the protracted 11-year conflict and the cessation of aid from many organizations, crippling both the education and medical sectors has made finding work and supporting one’s family increasingly difficult. Funding for hospitals, clinics, schools and universities are dwindling and as such supplies and salaries for these vital occupations are low or non-existent. Many education and medical programs were funded through external aid.

L24 spoke to several refugees regarding the current economic situation and the prospect of the looming crisis, Hajee Jaseem, a camp manager with eleven dependents said, “we live off the monthly aid, but it’s not enough. Without it we’ll die of poverty. The living situation is below zero, the people are poor, and the aid today is not worth anything. The exchange rate changes daily, there’s no work, and if you find work it’s not sufficient to support your family.”

Another refugee, 40 year old Abdulsamad Mustafa, former real estate agent and developer, with 16 dependents said, “I have no income, I’m fully dependent on outside aid, if that stops I’ll have to join any military faction.”

However, according to Al-Kawan, “A humanitarian disaster in Idlib can be avoided through what organizations can provide in this field of flour and wheat through the Bab al-Hawa crossing, in addition to adopting agricultural projects to support the cultivation of the wheat crop for the next season by providing seeds and production requirements such as fuel and fertilizers, to encourage farmers to increase the area planted with a wheat crop”

Without immediate and decisive actions, the complete collapse of food assistance via humanitarian corridors and the escalating food and agricultural prices coupled with inflation and crashing economy has the potential to put millions, already living below the poverty line while suffering food insecurity, into full crisis and at risk of severe malnutrition and starvation, which will result in mass movement of refugees beyond the border.