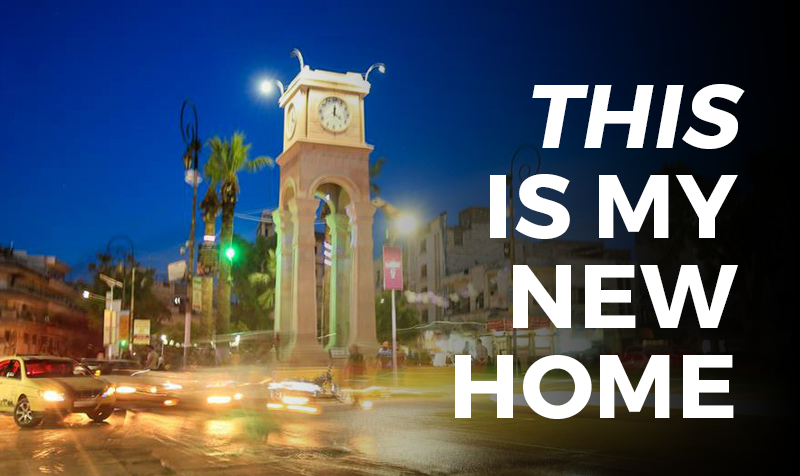 Muslims from all over the world rushed to Syria to help their brothers and sisters in faith, as this peaceful revolution became increasingly bloody, many took up arms to defend the people. They were welcomed with open hearts by the local population and very soon the first marriages occurred. Parents were filled with pride when their daughters married those brave heroes who had sacrificed everything and had come to help, while so many abandoned the Syrian people to their fate. That was the image that was generally held, yet unfortunately, there were also some bad apples.

Some cases damaged the outlook towards these marriages, like those that married and divorced frequently and in succession. Pregnant wives were divorced or abandoned or left not knowing their husband’s condition. Another layer of hardship: who were the fathers? In many cases no more than a pseudonym or nom de guerre was given.

These incidents are stories of days long gone when ISIS tried to infiltrate the revolution. Although these instances were the minority, they were hard to bear for those affected. Lessons had been learned and this was one of the reasons why a system had to be put in place to determine the identity of the spouses in marriage.

Things were quite different for Jawad, from the UK, and his Syrian wife Sara, who spoke with L24 about their meeting and marriage, “After a while, when I realized that my stay in this country will be a permanent one, I thought about marrying. It helped a lot to integrate into society. Things were difficult for me because many families were apprehensive to marry their daughters to non-Syrians after they had the negative experiences with the extremists of ISIS.”

Sara’s father spoke on his initial feelings regarding the marriage to L24, “my main concerns were that he might abandon my daughter at any moment, as has happened, or that, because he was a fighter he could die in battle. I wished for her to be happy and build her own life. After knowing him better, I started to believe Jawad deserved my daughter more than others.” When speaking about his son-in-law now he says, “he became like a son to us.”

Jawad recounts the early days of his marriage, “first, I didn’t know how to speak with my wife except with difficulty, because of my poor Arabic vocabulary” he said. His wife shared, “today he speaks like someone from our village.” Sara told L24, “in the beginning he didn’t know much about our traditions and culture but he quickly learned how to assimilate into the culture.” Jawad credits the marriage with his integration, “it has contributed 100%, you could say I’m almost 100% assimilated, except for food, I love my pastas.”

Muhammad Hamdan and Tasnim Kadour also shared their story with L24, Hamdan who arrived in 2014 said, “I got married in 2015 after the liberation of Idlib city. I realized that I am here to stay for good and that I wanted to raise a family.”

Hamdan addressed the issue of making efforts to be respectful of differences and learning to become a part of the culture, “my experience was based around being cautious not to behave or say something that might be considered inappropriate in Syrian culture, each area of Syria has its norms.”

The cultural exchange has been mutual according to his wife, Tasnim, “I benefited from my husband’s different understanding and knowledge of things that we did not experience here in Syria. Seven years have passed since my marriage. I do not see a difference between foreigner or local, every person is an individual with their uniqueness.”

The couples addressed the subject of tensions between “locals” and “foreigners” and failed marriages, Sara said, “at first we thought the muhajirin were like angels but we were disappointed, they were only human, just like us.” She continued expressing why she thought some tension crept in over time, “I believe what changed was that the battles lessened and the dunya (love of worldly luxuries) started to enter the hearts.” Her husband agrees, “what changed is that the people, without jihad, and time to look into themselves, started to become attached to dunya.”

Hamdan said, “In my opinion, there have been very few cases where the relationship didn’t work out. Either from the husband’s or wife’s side. Some (problems) could be linked to culture shock; others just didn’t get along. This is just the reality of relationships, muhajirin and Syrians are humans after all.” His wife added, “there are some differences in cultures. But as all relationships, we dealt with it together and it made the relationship interesting.”

Talal Zuaib, Deputy Interior Minister for Civil Affairs commented, “problems occurring between spouses are not limited to the marriages of immigrants to Syrian women, marital problems are a social situation that exists in any society, and these problems increase or decrease according to the social situation of the country.”

Acceptance and integration are not only on the personal level but administrative as well. The local authorities have a department for immigrant services which tends to the needs of non-Syrians of varied backgrounds.

This office ensures that whether from Europe, Asia, or other Arab countries all citizens are integrated into the system and can receive identification papers, attend universities, buy property, make rental contracts, register vehicles as well as register their marriages, and children so that they can receive the same services and privileges as other citizens.

Minister Zuaib, told L24 that one of the main issues in the past was a lack of registration and accountability. There were no systems in place to track marriages or births and to protect the rights of spouses and children.

Attribution of the child to their father and father’s family is very important, both culturally and religiously. Such things impact inheritance, custody rights, guardianship, and marriage. Over the last few years, a system has been put into place ensuring that marriages, births, and the identities of spouses, families, and children can be properly recorded and paperwork made available.

“As for the procedures,” Zuaib said, “after the migrant husband submits his valid personal documents, approved by the Ministry, and obtains documentation, he submits it to the concerned Sharia court with an endorsement request of the marriage certificate or similar proof of marriage. [It is then] registered with the Civil Status Departments with the wife’s records to indicate that she is married to So-and-so who is related to So-and-so, and all of this is documented with the Department of Immigrants in the Civil Status Department, and his children are registered with this department as well.”

These services are accessible by both Syrian and non-Syrian residents, including muhajirin. One such immigrant told L24, “the process was much easier than I expected, I showed my documents as proof of identity along with my (Syrian) wife’s papers, our marriage certificate, and the birth certificates for our children. It took a day or two and a little running around but now we have papers to use. I’ve used them for my vaccinations at the hospital and to enroll our children in school and it’s nice to have something I can show if I need to prove my ID locally.”

While some have portrayed the phenomena of Syrians intermarrying with “foreigners” as something strange and new, it is very common to meet long-established families who trace their roots to Turkey, the Caucus, Egypt, Jordan, or Palestine.

“[This] is not a new occurrence,” Zuaib said, speaking about marriages between Syrians and foreigners, “many Syrians have a [preexisting] kinship in neighboring countries and the countries of the Arabian Peninsula, Egypt, and Turkey.”

Many of those who went to Syria to help defend the people against the brutality of the Assad regime have mentioned they never gave much forethought to their futures or lives outside of the battlefield, they have nonetheless transitioned into civilian lives.

They’ve married, started families, opened businesses, and tried to live lives as any other Syrian does. It’s unsure what the future will hold for the liberated areas, but for many of those who left their homes years ago it seems evident they are “here to stay” and their lives and future are intertwined with those of their new families and their new home.

Hamdan succinctly said, “Syrian society is based on families and relatives, so being part of the community really accelerated integrating and better understanding Syrian society. We are here, after all, to be with the Syrian people in their struggle for freedom.”

The names of the two families mentioned in this article have been changed at their request.