List of Captagon-shipments hidden inside food, which was seized by Saudi customs coming from Lebanon, through Islamic Port in Jeddah and King Abdul Aziz Port, which forced the Saudi authorities to ban the importation of all types of food originating from Lebanon.

According to Al Arabiya from sources familiar with the matter, the drug shipments were packed and shipped from Syria to Lebanon before making their way to the Kingdom. 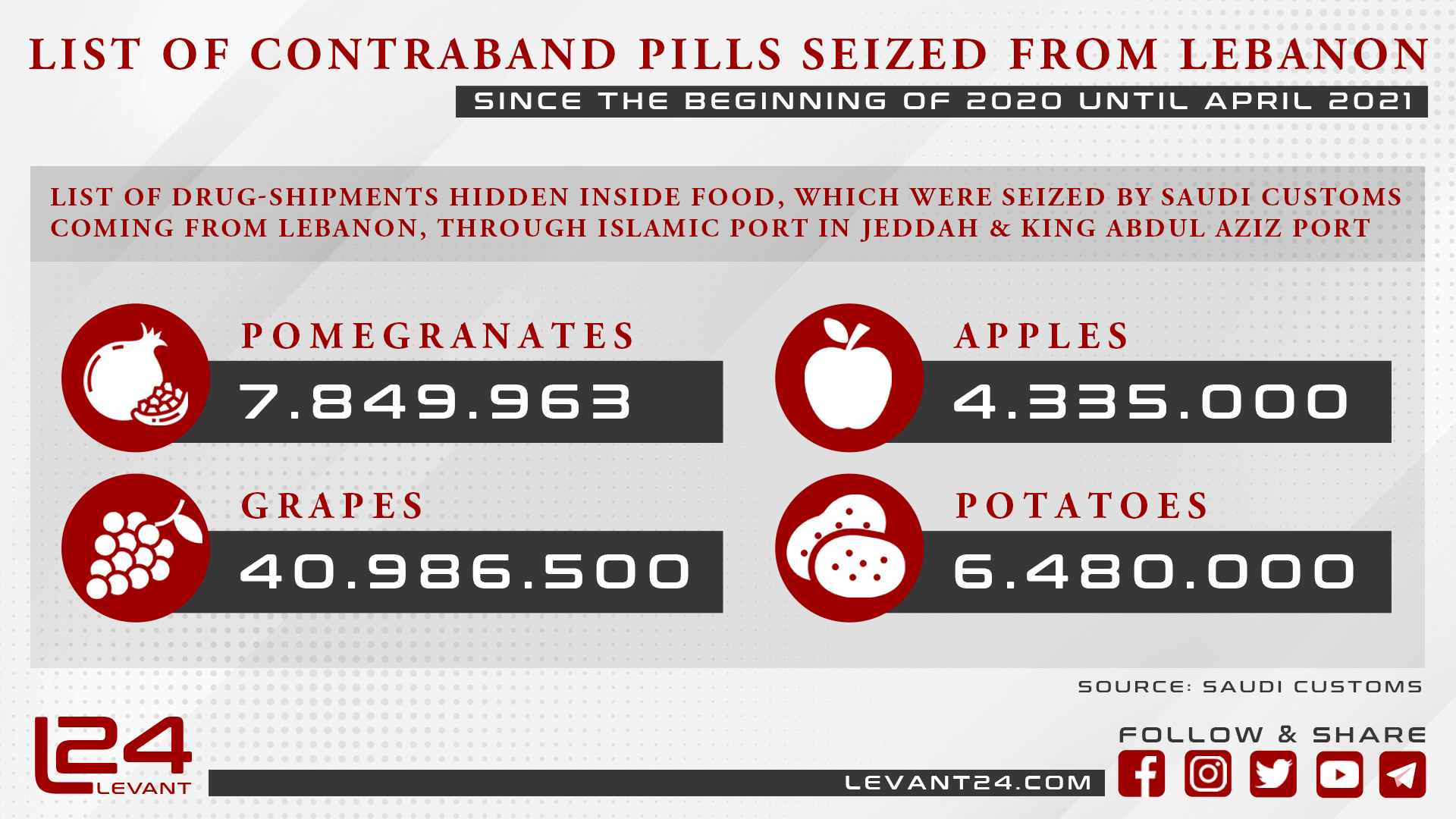 Will US-Russia “green light” Turkey for a Syrian incursion?

The Levant 24 Team wishes you a blessed Eid