Russian and regime forces committed a massacre this morning, by targeting the main road in the village of Iblin in Jabal Zawiya with artillery shelling. So far 10 people have died including a mother and her child while 15 others were injured. According to Civil Defense, the death toll is likely to rise due to some of the injured being in a critical situation.

Since the early hours of today, at least 14 villages in Jabal Zawiya were bombed.

Some activists have said that the recent attacks coincide with the return of thousands of displaced people to harvest their agricultural crops, as they mainly depend on it to secure their livelihood. Thus the regime forces and Russia deliberately target them during this period.

L24 has also received confirmation from sources within HTS that the group’s military spokesman, Abu Khalid Shami, was killed earlier this morning as a result of the artillery and missile shelling in Iblin. According to the same source, Abu Khalid was killed while assisting to evacuate the victims of the regime artillery shelling of the town.

Since the beginning of this week, Jabal Zawaiya is witnessing an escalation in bombings from the regime, with today’s casualties reaching 14 and more than 20 others injured, among them women and children. These recent attacks are clearly a violation of the ceasefire agreement signed in March of last year. After today’s attack, the area is witnessing a wave of displacement as a result of 4 consecutive days of bombardment.

In response to today’s massacre, the Fath Mubeen operations room, and the National Liberation Front have targeted regime and Russian positions in Idlib and Aleppo. Naji Mustafa, the spokesman of the NLF, said in a statement that in response to the continuous atrocities of the regime, NLF has target regime sites in Saraqib, Kafr Nabl and Jurin, achieving direct hits on the targets. This caused casualties among the regime’s ranks. 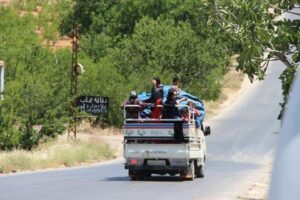 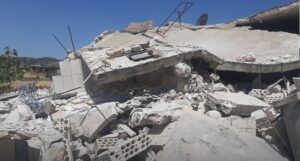