The Idlib Health Directorate published a statement condemning the decision of the World Health Organisation, which granted the Assad regime a seat on its executive board for a period of three years.

The Idlib Health Directorate stated: “The Syrian people were surprised today by the election of the criminal regime as a member of the Executive Council by WHO, in a clear disregard of its record of documented war crimes, and all the UN reports on the regime deliberately targeting medical facilities over the past ten years.”

“How can someone who destroyed hospitals and killed doctors be a patron of the health sector in the world? The strategy the criminal Syrian regime and its Russian allies followed in targeting the health sector, transformed health facilities in the Northwestern region of Syria from safe havens to places that Syrians feared entering” it added.

A similar statement of condemnation was also published by the Salvation Government’s Ministry of Health.

On Monday, medical workers across the liberated areas in Northwest Syria protested the decision of the World Health Organisation granting Bashar al Assad’s government a seat on the executive board. The protestors said that Assad is responsible for bombing hospitals and clinics across the country.

According to the U.S.-based Physicians for Human Rights, it has documented 598 attacks carried out by the Syrian regime on at least 350 separate health care facilities in Syria since March 2011. Within that 10-year period, at least 930 medical personnel were killed. 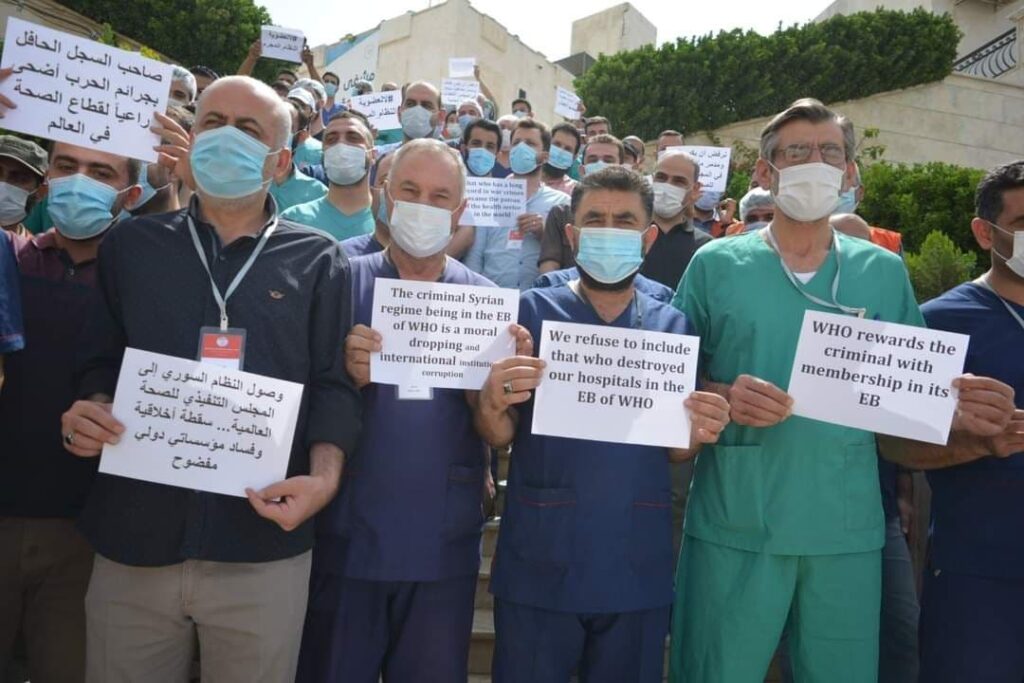