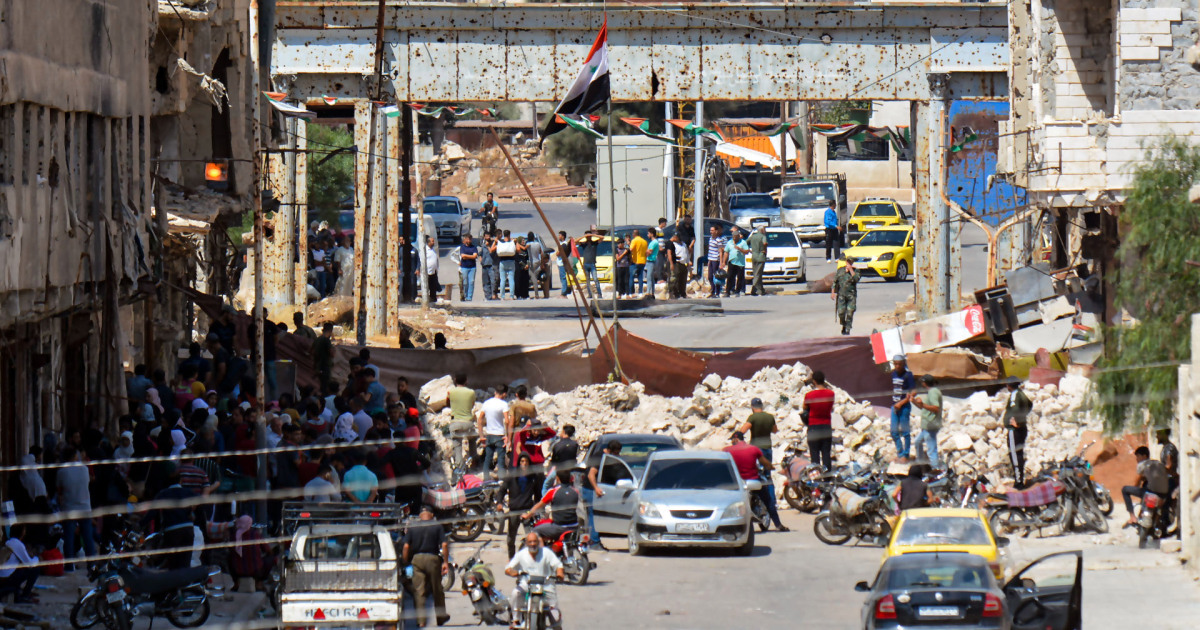 After numerous meetings, the negotiating committees in Daraa rejected new conditions set by the regime to accept reconciliation.

According to the Free Houran League, the regime’s officers stipulated the issuance of a statement that included several unfair demands against the people of Daraa.

The sources added that the Daraa al-Balad negotiating committees rejected the regime’s demands, which prompted the latter to escalate again, and bombard the besieged areas with rockets and missiles.

On the 29th of August, regime and Iranian forces intensified their efforts by trying to storm into the besieged areas from three axes. Sources have claimed that the rebel fighters had repelled the attempts by the regime forces to advance inflicting casualties among their ranks.

Although the negotiating committees for Daraa al-Balad agreed to displace dozens of its men to northern Syria, the regime did not stop the bombing. Rather they have brought in new, more effective missiles to bombard the besieged neighborhoods along with several attempts to break into the neighborhoods.