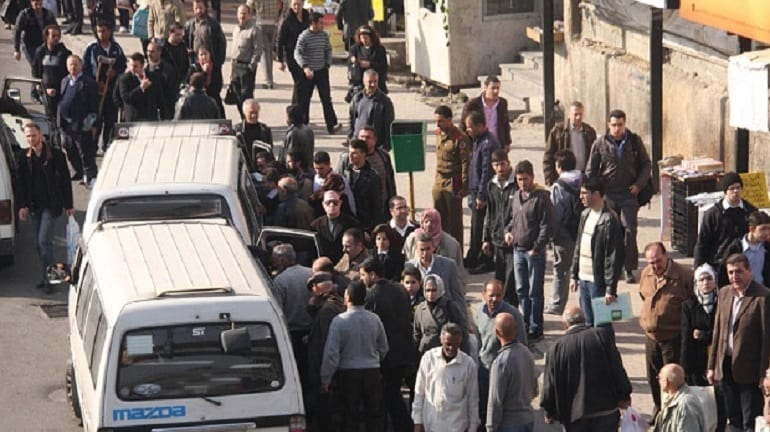 Transportation crisis has worsened in the Syrian capital, Damascus, after the decision taken by Assad to nearly triple the price of diesel.

Sources reported that after the fuel crisis had declined during the past few months, it reappeared with force amid rise in fuel prices. This led dozens of taxi drivers and others involved in public transportation to go on strike as their subsidized fuel-cards had been taken away the regime, recently, while cost of fuel was on the rise.

The regime’s excuse for stopping fuel subsidy cards is that the drivers did not adhere to the specified limitations and accused them of taking advantage of these grants to sell the fuel on the black market for higher prices.

A video clip had been been circulated on social media for the past few days showcasing the police in Damascus stopping a public minibus and forcing the driver to take passengers has been used as an example to illustrate a glimpse of the suffering there.

The Assad regime has raised the price of diesel from 650 Syrian pounds to 1,700 Syrian pounds causing fresh economic stagnation, in addition to the crises that the country is already wretched with currently.