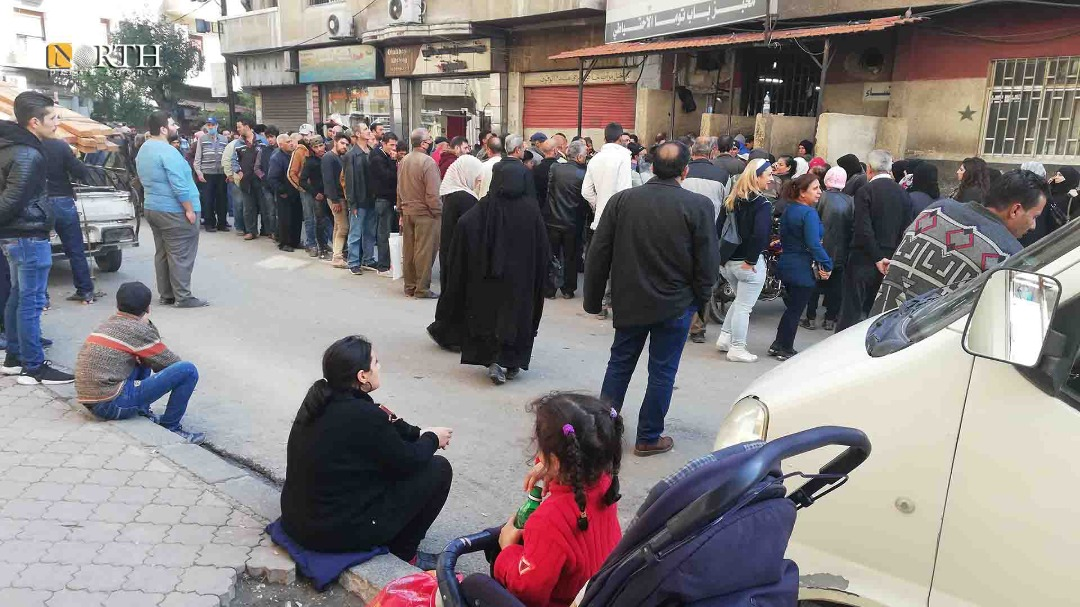 Reports suggest that a new hunger crisis is looming in areas under Assad’s control due to depletion of wheat quantities stored at warehouses according to al-Araby al-Jadeed.

A former member of the Assad regime’s Agricultural Planning Committee, Abdel Hadi al-Tayeb, confirmed to al-Monitor that two contracts for the supply of wheat, signed by the Syrian regime earlier, were disrupted due to the significant rise in global prices.

He added that local suppliers have refused to import about half a million tons of wheat (due to the prices), but the regime may still force them to import the quantity.

The rise in global prices has disrupted the agreements between the Assad regime and other international parties, due to the regime’s failure to provide guarantees to Syrian suppliers and their failure to help pay for any amount initially.

Local sources have reported that the grain-silos in the regime-controlled areas have become almost empty. This is contrary to what the regime has been publishing, adding that the statements about the existence of a strategic stockpile for several months are not true.

The regions of northern Syria have taken some precautions to continue supplying the bakeries with wheat and have stored more for emergencies. The SSG recently, intervened to support production of bread at a time when the Turkish lira has been plummeting.