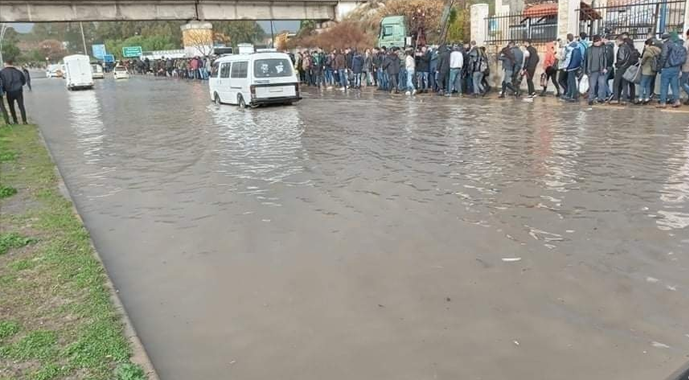 The Assad regime announced that all governmental departments will be off work from Sunday until next Thursday, due to the lack of heating facilities and in order to take all possible measures to tackle the harsh weather conditions.

The decision comes as most of Syria has been affected by snowstorm, heavy rainfall and blocked roads due to snow.

The regime requested the Ministry of Electricity to take appropriate measures to allocate the largest possible amount of electrical energy available for domestic consumption during the next ten days. They also requested that cities and industrial areas be provided with electric power daily from seven in the morning until five in the afternoon during this period.

While the regime has been pressuring the ministries of local administration and environment, oil and mineral resources, to work towards ensuring that the percentage of fuel for heating during the next ten days should not be less than 50 percent of the fuel quantities given to each province (under their control), according to SANA.

These decisions come in light of heavy criticism by the Syrian people (living under Assad) over the electricity problem in the country, with increased power cuts, the lack of fuel for heating and its high prices.

Abu Yousef Jablawi, a media activist in Lattakia, told al-Araby al-Jadeed that the hours of power outs in the province reached at 18 hours per day. He added that the electricity issue in Latakia is so dreadful that it cuts off in some neighborhoods of the city for 7 continuous hours and sometimes is only available for a quarter of an hour or ten minutes within these hours. Some areas affected by power failure sometimes remain for days without electricity, according to Jablawi.