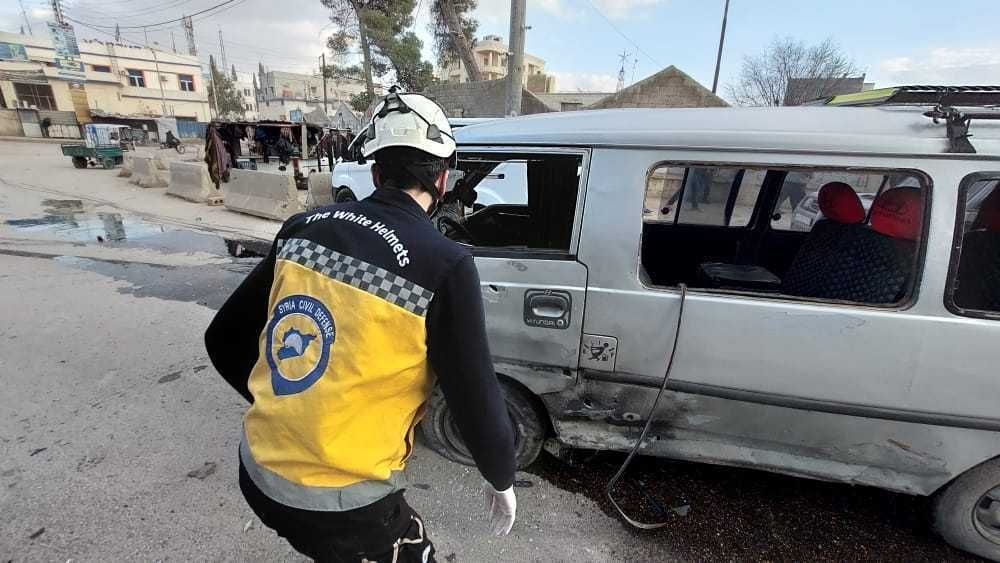 In an exclusive interview with Idlib based Military Media (Elam Askari), Major Youssef al-Hamoud, the official spokesman for the Staff of the National Army, mentioned the reasons he thought was behind the SDF forces indiscriminately bombing Azaz, in northern countryside of Aleppo a couple of days ago.

He said: “The reasons the SDF target the people in the liberated areas north of Aleppo are many, and they can be classified as strategic, major and political. The main aim is to destabilize the security of the region and spread fear among the locals. As for the political reasons, it is aimed at playing the right cards between the countries playing (a major role) in the Syrian arena.”

“The bombing of the city of Azaz by the SDF, which resulted in 3 dead and over 10 wounded, has other reasons. It coincided with the anniversary of Abdullah Ocalan, the spiritual leader of the SDF, being arrested, and also the sixth anniversary of their forces occupying Tel Rifat”, he added.

Al-Hamoud then mentioned that the National Army was quick to respond, as they bombarded several SDF military points with mortars, grad rockets and anti-armor missiles.

He then called upon the countries that support the SDF to stop their support in order to protect the people in the liberated areas and added that the National Army only targets the military locations of its opposing forces.

On 15th February, the SDF indiscriminately targeted several locations in Azaz, northern Aleppo, which included a civilian park. The bombing led to dozens of casualties among civilians and caused fear and panic within the society.