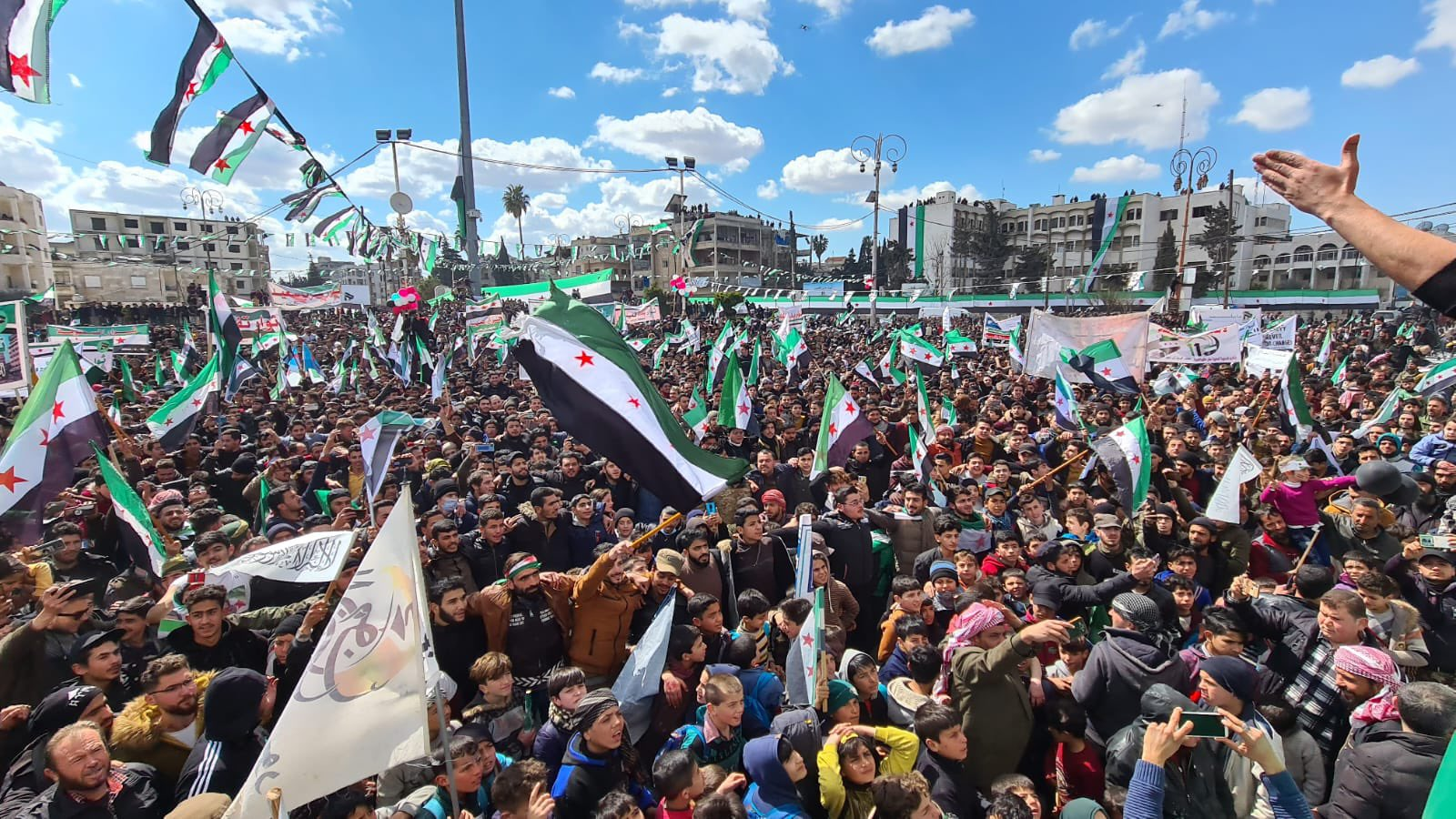 Today, marks the 11th anniversary of the Syrian Revolution as thousands of Syrians all across the liberated areas went out to demonstrate and celebrate the day it all began.

Thousands have gathered at different cities and towns showcasing unity and the will to continue their struggle against the Assad Regime and its allies.

After years, the numbers may vary, but the spirit seems the same, and their demands clear, as they stay defiant on submitting to the tyranny of Assad and called for his fall.

People of all ages, men, women, children and the old – all joined the festivities, but the largest category consisted of university students.

Muhammad Kharboot, a local from the demonstrations said: “As the years pass, it still feels like it was just yesterday when we began protesting peacefully (11 years ago) and the feeling is still the same, if not more”.

He added that: “Now, there is no turning back for us from here after what he (Assad) has done to us and our country”.

Last night, Prime Minister of the Syrian Salvation Government, Ali Keda, came out in an interview reminding everyone of the past and the main reasons why the revolution began – Syrians sought freedom that was rejected by Assad which soon turned bloody.

He added that no matter what Assad and his allies do, it would not divert them from their goal – the end of Assad and liberating all of Syria.

The prime minister welcomed everyone residing in the liberated areas and hoped they would all continue the revolution until they are victorious.