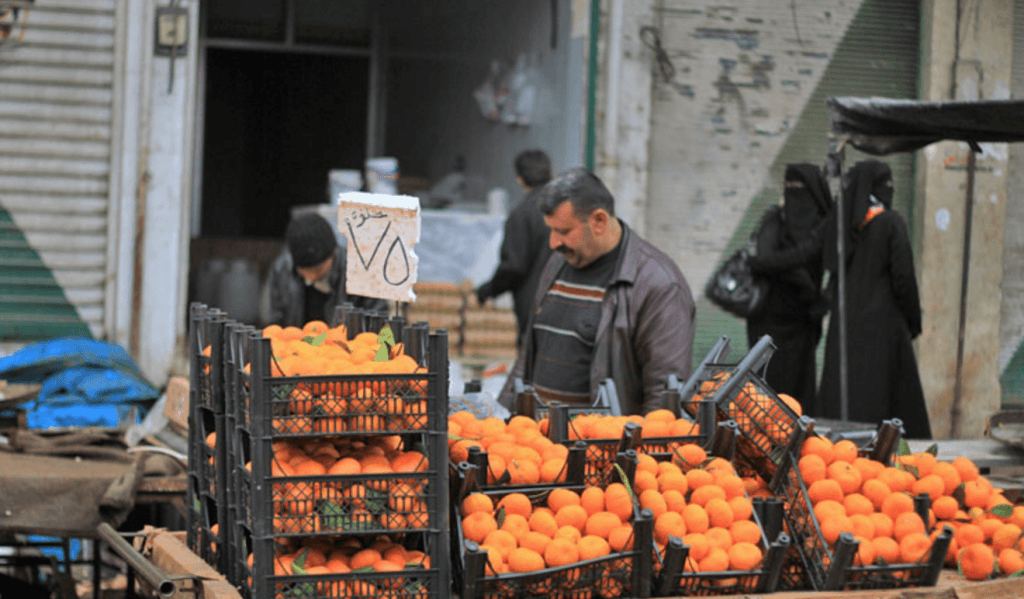 Ramadan is usually the month where prices of food rise due to its high demand during the time. However, this time the Syrians have been struck hard, shocked with the difference in prices of food from how it spiked within less than 24 hours.

Locals, including activists on social media, have been complaining about the issue describing it as “insane”.

The ministry of economy and resources, from the Syrian Salvation Government, states the reasons for the inflation.

The effects of the recent cold weather and frost covering the agricultural crops in Turkey left scarcity in produce. On top of that, the high demand during Ramadan, while having very limited supply, led to a significant hike in prices.

Moreover, local seasonal produce like zucchini, eggplant, cucumber, tomatoes etc are still not ready to be cropped and sold at the markets. This was delayed due to the bad weather which hit the liberated areas last month, which in turn has led to the importers having no competition to set their prices with.

The ministry also mentioned that they have increased supply-control patrols on the markets to curb “the greed” of traders and sellers, and to monitor prices, audit invoices and oblige business owners to set up fixed prices on display.

They added that they receive and follow up on all complaints of the locals and take all necessary measures against any form of violations.