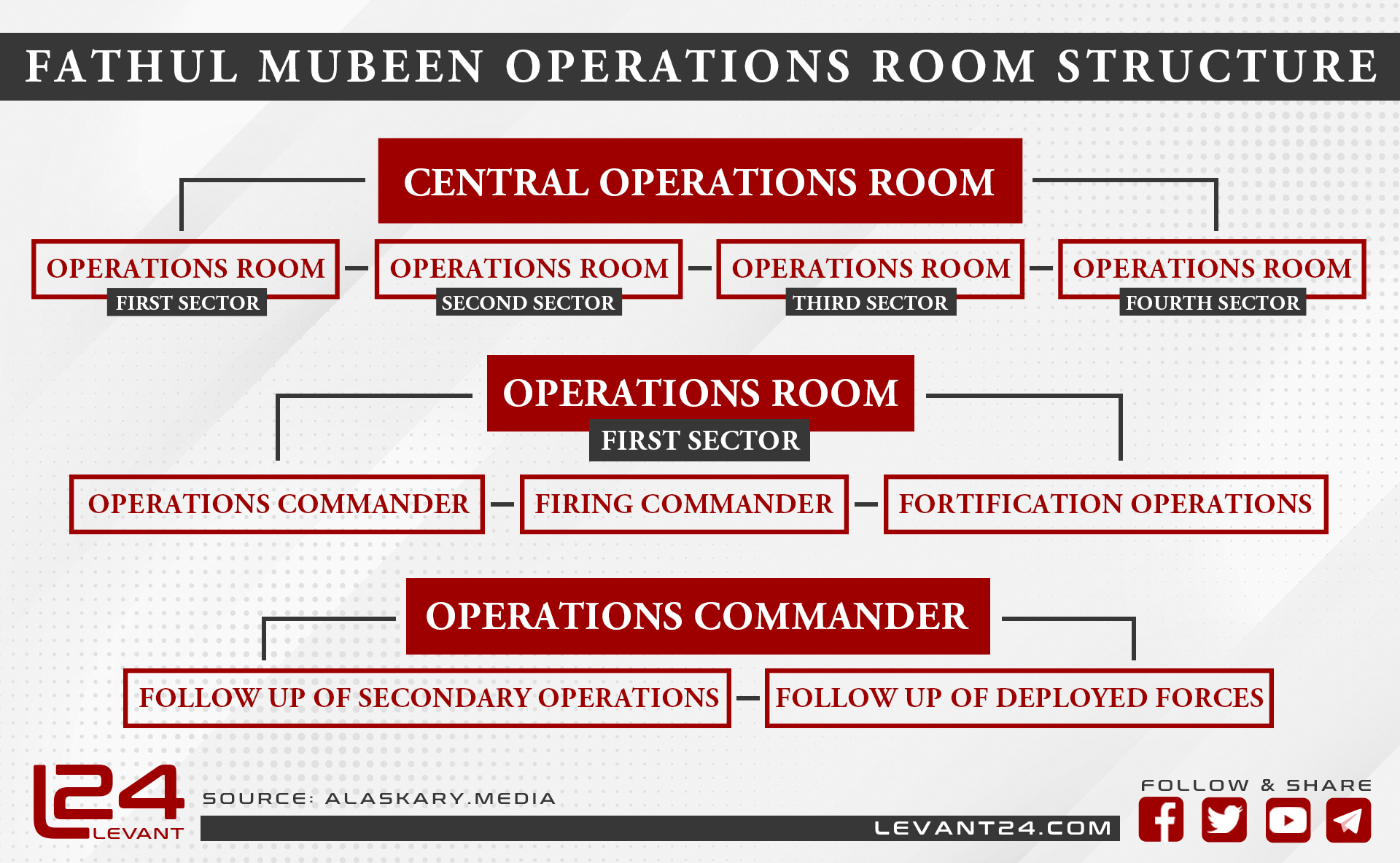 On Sunday, July 11th, the newly formed “Military Media” published a video titled: “How is Idlib protected militarily”. The video speaks about the importance of military organization and proactive planning.

The release, for the first time, sheds a light on the new military structure in the liberated northern areas of Syria, in particular Idlib province. The production asserts that the leaders of the factions, with the help of the people of opinion and experience, succeeded in implementing an effective military stratagem. The Central Operations Room applies this stratagem and oversees the operations on all fronts in the Idlib region.

Supposedly, the Central Operations Room also oversees troop deployments on the fronts and supervises arms distribution. It also places a general action plan to be followed by all factions.

The operations room, as stated in the production, includes a number of officers and officials with various tasks and assignments, they manage and supervise all front-lines.

The Central Operations Room states that it has several other operations rooms under its command for each sector. The Idlib region, in this stratagem, has been divided in 4 sectors. Each sector has an integrated operations room, a command center which follows up small-scale operations, deployed force, fire command and fortification operations.

The video was published by Military Media, which first appeared online on the 12th of May and allegedly acts as the unofficial media wing of Fathul Mubeen operations room. On its Telegram channel a picture introducing their media was posted, saying: “We document the reality, the military and battlefield events in Syria. We produce exclusive and diverse media materials. We publish what is released by the factions of the Syrian revolution. We are committed to a professional policy that serves the goals of the revolution, and contributes to achieving it”.