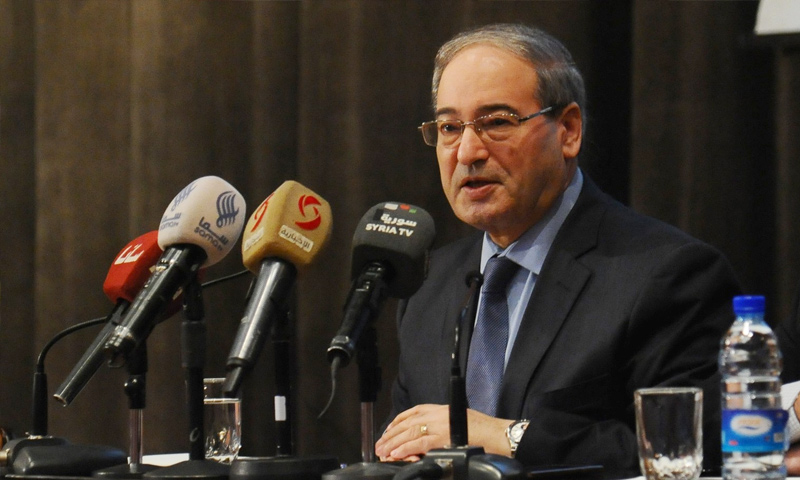 On the 30th of August, sources had confirmed that a UN official visited Damascus for humanitarian purposes, but Assad had demanded that they take measures against the US sanctions imposed on his regime.

The sources added that Bouzar’s visit was aimed at discussing the organization’s program and strategies for the next four years.

Al-Miqdad claimed that the economic and social repercussions of the sanctions imposed by the West on the regime hinders launching projects in the field of development with effectiveness.

The Minister of the regime urged the UN program to take clear stances against the US sanctions and measures imposed on them.

The United Nations Under-Secretary-General for Humanitarian Affairs, Martin Griffiths, arrived in Damascus a couple of days before this, with the aim of holding talks with officials in the regime to discuss the humanitarian situation in the country.