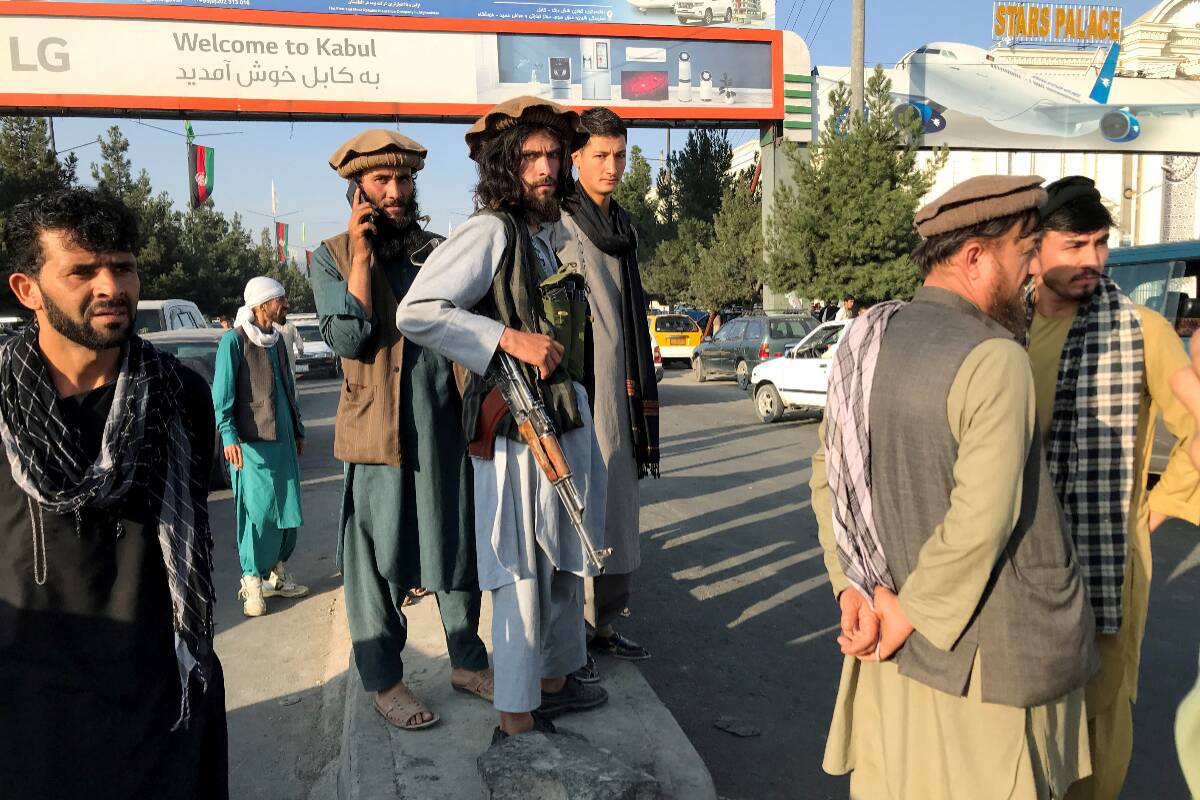 On the 15th of August 2021, the world witnessed a global phenomenon as the Afghani group known as the Taliban had captured Kabul, the capital of Afghanistan. They had taken over the presidential palace in the capital city after capturing all the rest of Afghanistan within a few weeks of engaging with the Afghan forces who had given up most of the areas without resistance.

This came as a surprise to the world as it delighted many while causing dismay to others. In the liberated areas of Idlib, Takbeerat (Calls Praising God) in the Mosques were heard all around the city, as people rejoiced the victory the Taliban got after 20 years of war with some of the strongest superpowers combined. Young men waving the Taliban flag marched the streets of Idlib while many distributed sweets to the people in the markets and other places celebrating the event.

Other than the civilians, many leaders of the revolutionary factions had greeted this event congratulating the Taliban. A prominent leader of Faylaq al-Sham, Omar Hudaifa, said that the Taliban leadership has a golden opportunity to draw the true picture of their methodology; clear off any distortions, misinformation, confinement and with a good understanding of reality. He also mentioned the importance of good behavior, uniting the hearts of the people, and the preservation of the institutions, public facilities and infrastructure of the state.

The former leader of Ahrar al-Sham, Hassan Soufan, congratulated the Taliban stating that after many phases in their long path and decades of patience, today their victory is witnessed by all.

Abu Isa al-Sheikh, the leader of Suqoor al-Sham, advised the revolutionaries in Syria not to despair and be demoralized but see the victory of the Taliban in Afghanistan as an inspiration towards being patient and united with one another against the enemy. He also stated the importance of admitting past mistakes and learning from them to move forward and become stronger.

Dr. Mazhar al-Uwais, a renowned Jurist in Hayat Tahrir Sham, expressed his love, appreciation, and joy and mentioned a poem he wrote for them 20 years ago when the war started. He then added that he hopes that the people of Syria can see the same victory against Assad and his allies.

On the 18th of August, Hayat Tahrir Sham released a statement congratulating the Taliban. They stated that this victory comes as an inspiration to the ones fighting the tyrants in Syria, in being patient in resistance to overcome the odds and achieve freedom and dignity. It added that this motivates the people in Syria to be united and reject any schemes that cause division. They mentioned that is an opportunity for the international community and other countries that remain silent about the crimes of Bashar and his allies. The statement concluded by congratulating the Taliban on their ‘great conquest’.

Since the Taliban’s swift progress in Afghanistan after the US withdrawal, the topic has become the headline for many worldwide. Much of the Muslim world expressed their happiness while the common factor that came for the revolutionaries of Syria was the inspiration that they could take from their 20 year long journey to capturing all of Afghanistan back.