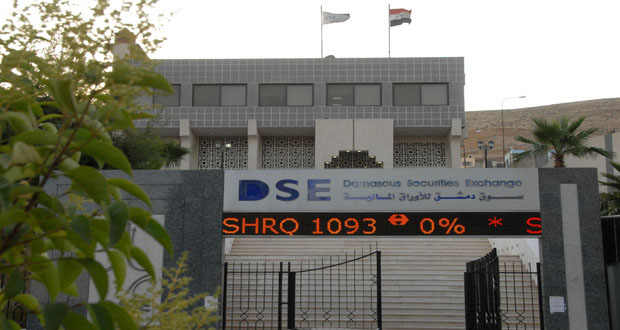 Abdul Razzaq Qassem, Executive Director of the Damascus Securities Exchange, stated that the results of the transactions of 2021 compared to the previous year jumped to 1500%.

However, experts and specialists in the financial markets described the official figures as deceptive, especially as it contradicts the reality of the repercussions of the collapse of the Syrian pound during the past year.

Economic expert and analyst, Firas Shaabo, mentioned to al-Araby al-Jadeed that the figures cited by the CEO of the Damascus Securities Exchange are misleading because he measures the market value of shares according to the Syrian pound, which, at the start of 2021, was about 2,900 against the US Dollar and ended the year being over 3,600.

Shaabo mentioned that the trading numbers and the volume of investments are weak and the shares are useless except for their owners. The market has been frozen except for some banks, especially after major companies and investors withdrew from Syria. Therefore, the traded shares were limited to banks, insurance companies and a few companies only.

He added that the telecommunications sector topped the transactions list with 78% of the total value of trading during 2021, followed by the banking sector with 20%.

The Syrian currency has been collapsing since the beginning of the war, but has plummeted after the regime was hit with Caesar’s Sanctions in 2020. Dozens of civilians, including loyalists to Assad, have been complaining about the deteriorating living conditions in the areas under the regime having economic and security disasters and about the difficulties they face living there.