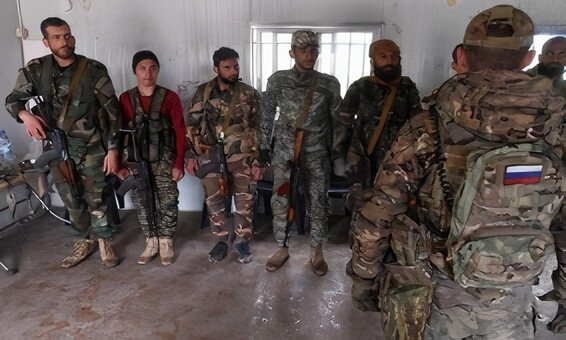 Reports suggest that Russia has started recruiting hundreds of Syrian soldiers, mostly from the Assad regime, offering them attractive salaries to join their invasion of Ukraine.

A report issued by Sout al-Asima agency, which specializes in news on Damascus and its countryside, stated that Russia began recruiting dozens of Syrian mercenaries and sending them to the Russian bases in Ukraine to fight there.

He added that the Russian forces in Syria sent delegations to prepare lists of individuals wishing to fight in Ukraine from the coastal regions, Damascus countryside, Daraa and Suwayda and assigned them to conduct security checks (on the individuals) before signing any contracts.

Sources confirmed that the delegates informed the new recruits that the salaries of the recruits would be $2000 per month and that the families of those killed would be compensated with $5000.

This time, Russia took advantage of the regime’s prisoners and wanted individuals, recruiting them in exchange for them to be released from prisons and ensuring them that they would not be prosecuted by Assad’s intelligence.

In recent years, Moscow has formed groups of its tacit mercenaries in several countries, such as from the Fifth Corps, which is officially affiliated with Assad’s forces, sending them to regions of conflict like Libya, Venezuela and Nagorno-Karabakh.