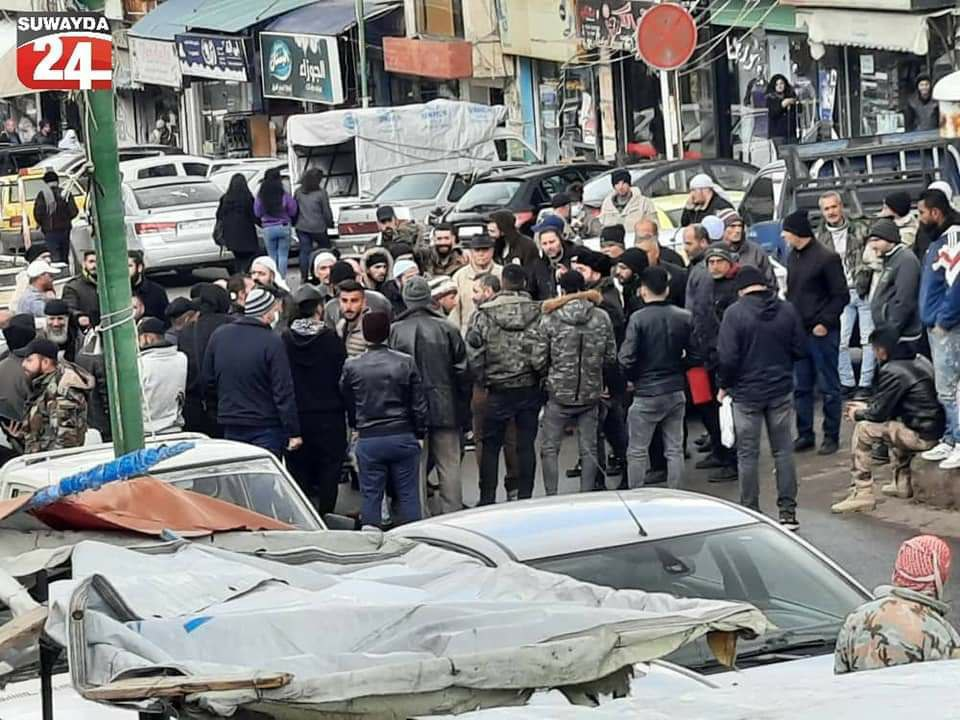 Since Sunday, the province of As-Suwayda witnessed sporadic protests, during which protesters gathered around al-Sir Square and blocked roads, including the Damascus-Suwayda road. Some of the roads were left by the protesters, while others were partially open to pedestrians and some completely closed.

The protests came against the decisions of the regime that reportedly exhausted the population there. Recently, amid deteriorating living and security conditions, prices of everyday necessities have been skyrocketing in the regime-held areas while any subsidies in bread, fuel and other materials have been cut off for the people.

Protesters began arriving in front of the shrine of Ain al-Zaman, in the center of the city demanding a decent life for its citizens. They also demonstrated against the corruption inside the regime and stated that Syria is for the Syrians, not for Assad.

Yesterday, military and security forces from the regime arrived to the scene of the protests coinciding with its expansion.

The demonstrations have entered its third day, while protesters have continued to gather around the location. Most of the demonstrators are said to be from the Druz ethnicity.

For months, locals, including loyalists, have complained about the horrible living conditions in the areas under the Assad regime demanding steps for improvement. With no amendments in sight, many have sought to migrate to places outside the regime’s control as well as outside the country, according to sources.