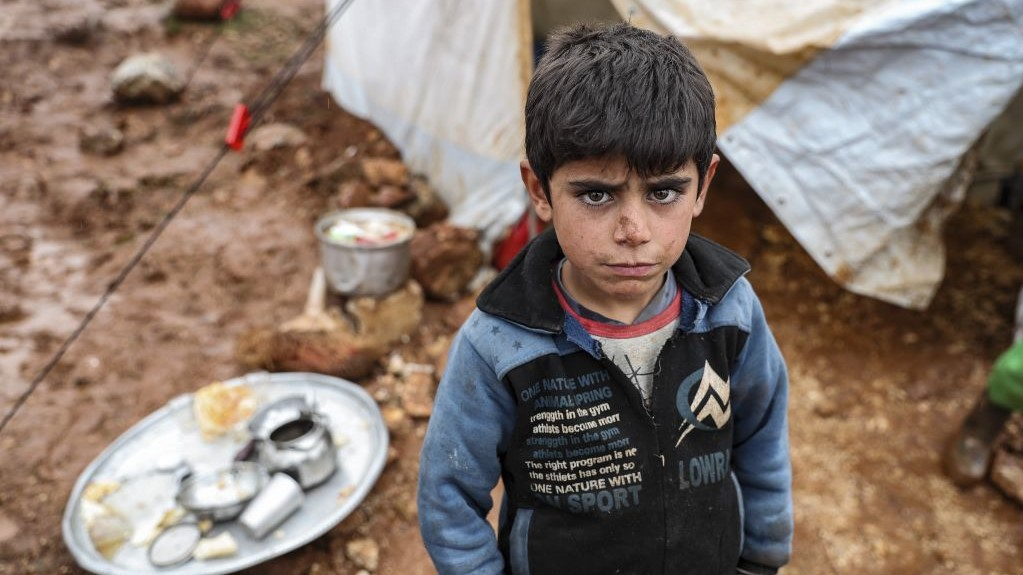 According to human rights organizations, millions of Syrians have reached the stage of starvation. Sources working on the ground in Syria stated the high percentage of Syrian civilians who have reached that stage is due to the difficult living conditions and the ongoing war in the country.

On Friday, the Syria Response Coordinators team confirmed that the number of Syrians living under starvation has reached three million and those living under poverty has reached 91 percent.

They added that the number of casualties in Syria, since 2011, has mounted to more than 1.8 million civilians, including nearly 232,000 people who have become handicapped.

The team also reported that the number of Syrian IDP has reached 6.9 million, including 1.9 million people residing in camps, while the amount of refugees abroad has exceeded 6.6 million.

Successive military campaigns by Assad’s forces and Russia has led to the displacement of millions of civilians, who were forced to leave their belongings, wealth and businesses just to save themselves from the bombardment or living under the regime.