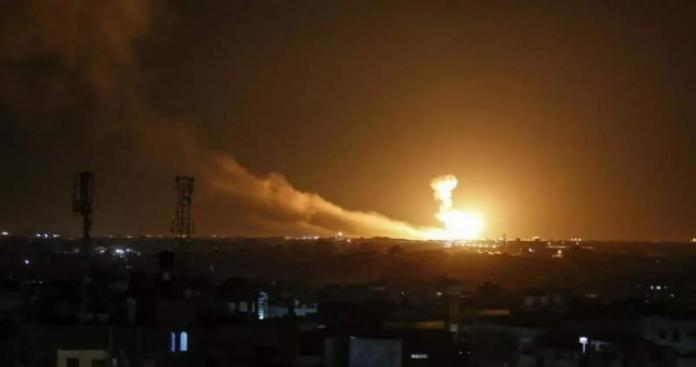 On Tuesday night, dozens of Assad’s forces were killed and injured in an Israeli air raid that struck military sites near the Syrian capital, Damascus.

A military source from the regime mentioned, to SANA agency, “At approximately 12:41 am today, Wednesday, some military bases near Damascus were subjected to aerial bombardment which entered from the east”.

Voice of the Capital website, which deals with news regarding Damascus and its countryside, confirmed that the attack targeted two locations in the vicinity of Damascus International Airport, followed by a huge explosion in the area.

They added that the targeted points belonged to the Iranians within the Fourth Division of the regime’s army, in Jabal al-Sumeriya, Damascus.

Loyalists (to the Assad regime) on social media mourned the death of four soldiers, including Colonel Rifaat Ali al-Saleh, from Tartous.

During mid-April, Israel launched air raids on the Scientific Research Center belonging to the Iranian forces, near the town of Rakhle and on the outskirts of the city of Qatana in Damascus countryside.

Although, Assad’s and Iranian forces in Syria, have been subjected to Israeli airstrikes for several years, the bombing has intensified during the past two months, coinciding with Russia’s preoccupation with the Ukrainian war.