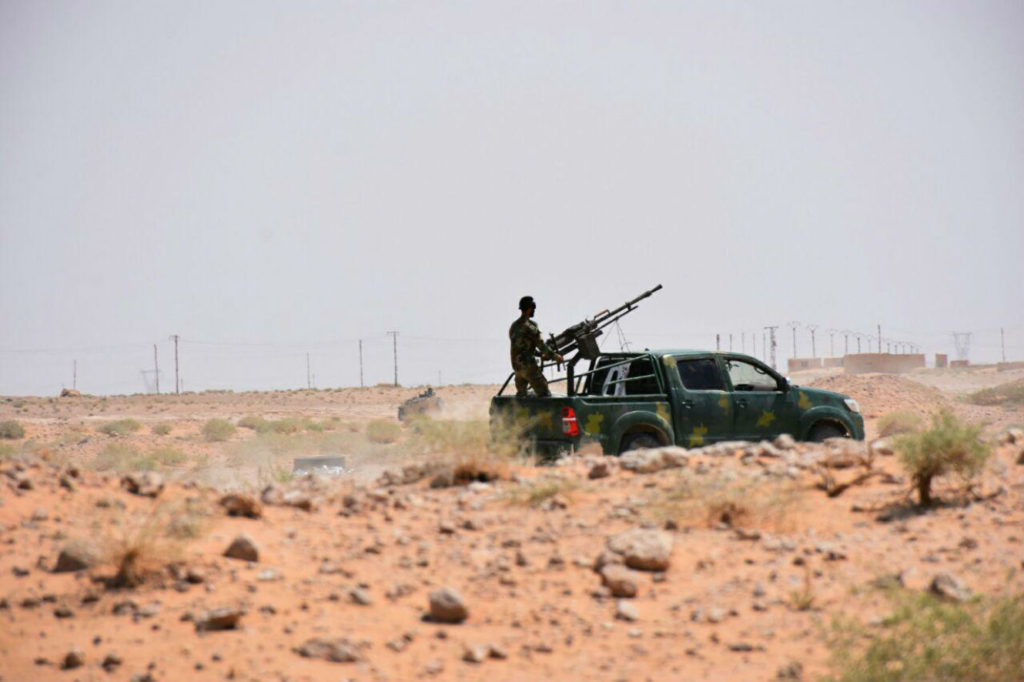 The National Defense and members of the regime’s Fourth Division, in the eastern countryside of Deir ez-Zor, have been mobilizing and on a state of alert in the towns of al-Boulel, Sallo and Zubari, after a member of the 17th Division (from the regime forces) was found dead on the bank of the Euphrates river.

Pro-regime accounts claimed that a number of members of the regime forces were killed recently by various attacks by ISIS cells in the countryside of Deir ez-Zor.

Apparently, they focused on the axes in the desert extending between Deir ez-Zor and Homs and especially targeted members of Liwa al-Quds and al-Qaterji and the 17th Division. The number of casualties have not been specified but reported to be high.

According to Mashreq Media agency, ISIS cells targeted a vehicle belonging to Liwa al-Quds in al-Masrib, west of Deir ez-Zor, killing two of its members and damaging the vehicle.

The attacks were followed by intense Russian airstrikes in the Syrian Badia region of Homs countryside and the countryside of Hama, Aleppo and Raqqa.

Regime forces and Russians have continuously conducted several anti-terrorism operations in Eastern Syria on ISIS cells. However, this has not stopped their cells from operating throughout the region, attacking bases and convoys on different occasions.