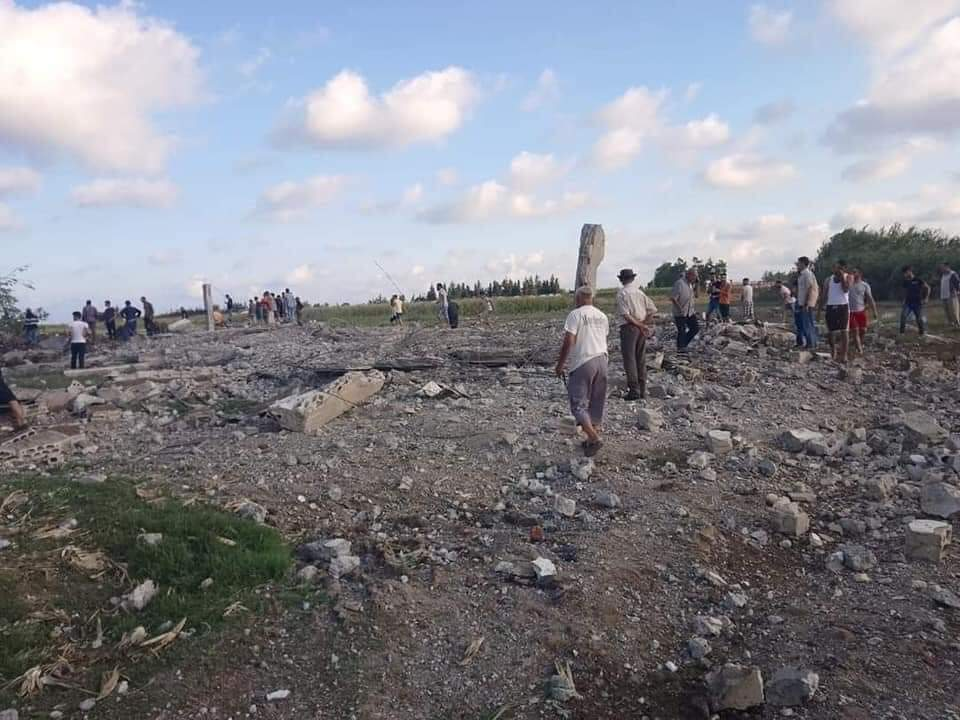 The Israeli raids which targeted the Syrian coast yesterday, reportedly struck advanced Iranian weapons, which recently arrived in Syria by sea. The Times of Israel reported that the Israeli strikes, which were carried out in the vicinity of the town of Hamidiya, in the southern countryside of Tartous, targeted an advanced Iranian air defense system.

They mentioned that it is likely that the system was transported by Iranian ships, which recently docked at the port of Tartus.

According to the agency, the airstrikes prevented the deployment of the advanced Iranian air defense system. Tehran apparently intended to put them into service soon to strengthen Assad’s air defenses to confront the Israeli aircraft.

Yesterday, pro-regime agency, SANA, quoted a military source mentioning: “At around 6:30 this morning, Israel bombarded using several missiles from over the Mediterranean, west of Tripoli.

This was the first strike since the bombing of Damascus International Airport, which rendered it out of service for sometime.

From time to time, Israel launches raids targeting the positions of the Assad’s forces and Iranians across various regions throughout Syria, without any retaliation from the latter.