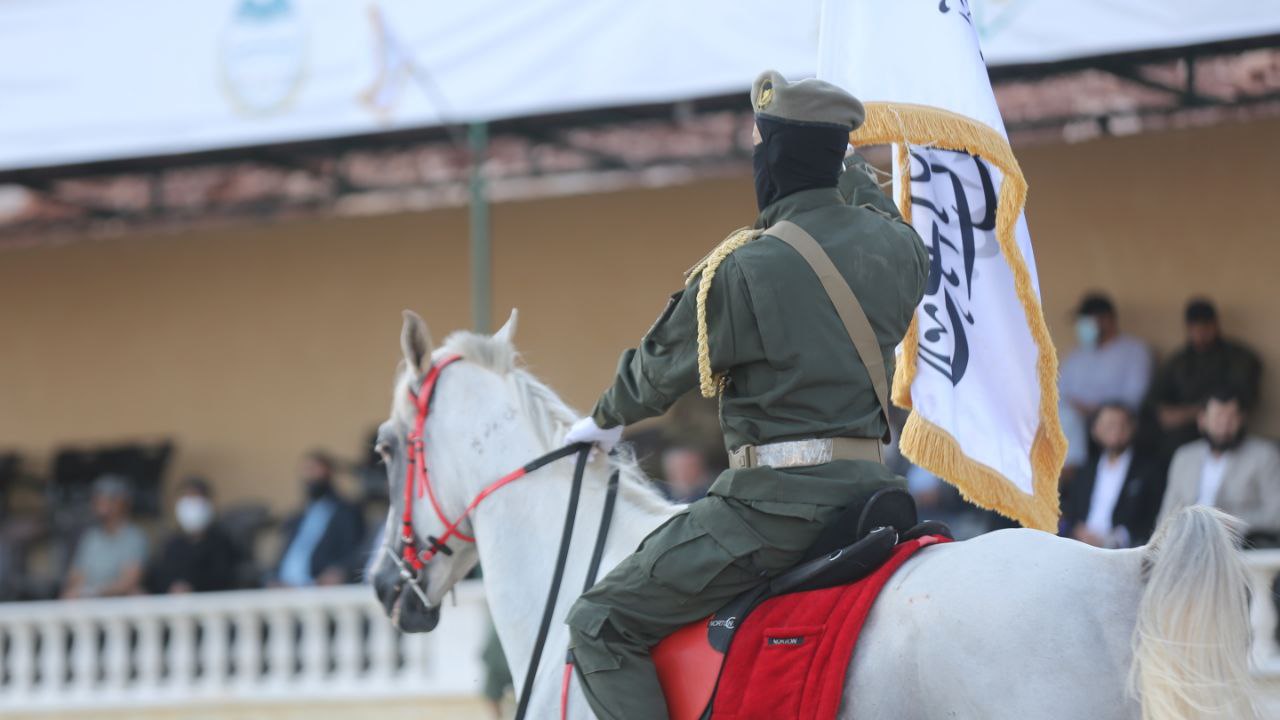 The Military College from the Liberated Areas conducted a graduation ceremony for the first batch of candidates.

Sources close to L24 had reported that the batch of graduates summed up to 265 who now have reached the level of Lieutenant.

The sources have also stated that “this comes as a huge achievement for the revolution after having opened the military college (the first of its kind in the liberated areas) over a year ago”.

The event was attended by all thirty one of the officers in charge of the College as well as journalists and several important figures which included military leaders from all the military factions. Moreover, HTS leader Abu Muhammad al-Jolani and the Prime Minister of the Syrian Salvation Government were also seen in attendance.

The ceremony was commenced with the honorary guard receiving the sponsors of the event and was followed by military parades and presentations of various types of military combat.

Afterwards, the Shield of Loyalty was awarded to the family of one of the military commanders, Abu Umar Saraqeb, who was killed during the battle to open the siege of Aleppo city in 2016.

At the end of the ceremony, the graduates and the officers took an oath to “continue their quest for freedom against the Assad regime and its allies and to strive hard for it until the end”.