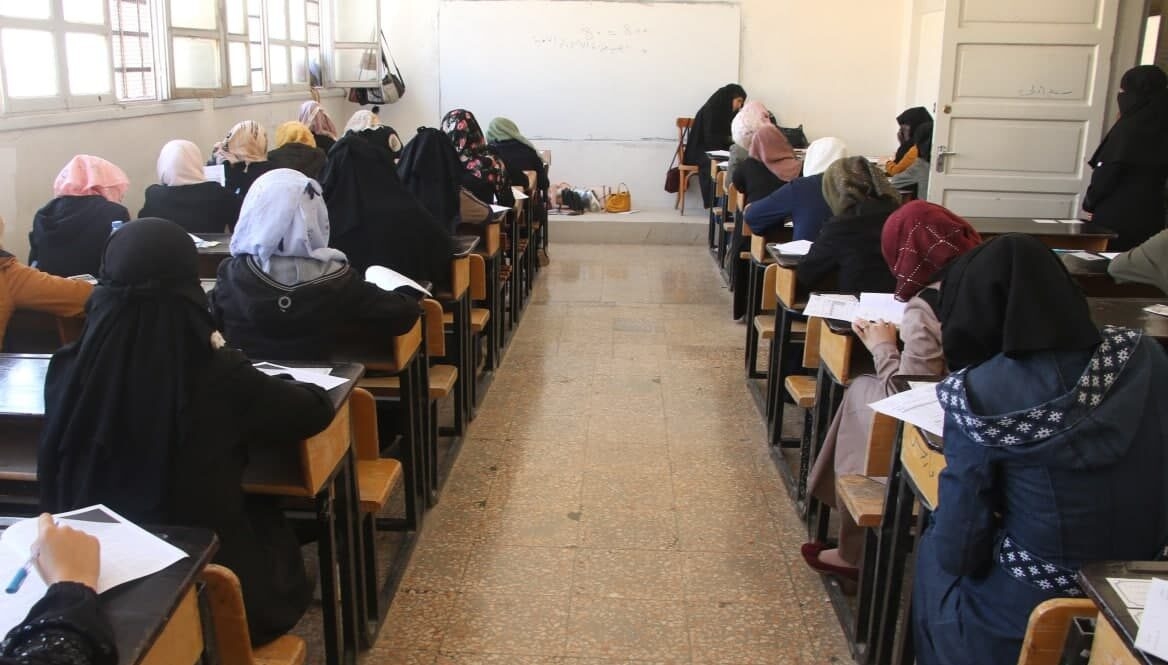 The Ministry of Education from the Syrian Salvation Government clarified on rumors that had spread recently regarding married women being disallowed from education.

A few days ago, al-Monitor agency mentioned in an article that the SSG had deprived married women from their rights to education, according to their sources.

However, the Assistant Minister of Education, Ziad al-Omar, in an exclusive interview with Idlib-based Anba al-Sham agency, mentioned: “Recently, rumors appeared that married women were prevented from enrolling in public or private education. We in the Ministry of Education deny these rumors completely.”

Al-Omar added, “On the contrary, the Ministry of Education is keen to provide education for males and females who are interested in the basic and secondary education”.

He went on further to explain that enrollment and admission are issued annually by the Ministry and circulated to the directorates, as the number of female students in public schools reached 23,550”.

“The Ministry of Education confirms its encouragement to all male and female students who get involved in education and there is no condition preventing married women from enrolling in schools”, he said.

Moreover, the assistant minister stated that, “this year the Minister of Education honored several mothers who obtained secondary and basic educational certificates in several public and private schools. This was to encourage them to continue studying until the higher levels of university”.

The minister concluded his statement by mentioning: “We believe that the women are the mothers, the educators, the doctors, the engineers, and the teachers”.

In a recent survey conducted by L24 on the percentage of students in universities in Idlib, the outcome suggested that over 60% of them were females.