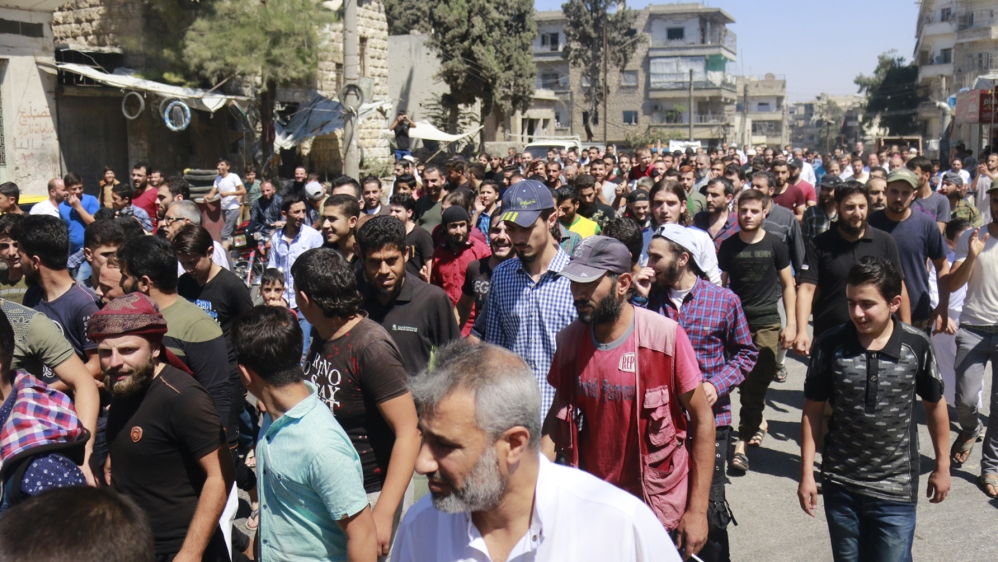 An official from the Assad regime, Hussein Arnous, admitted their inability to find any solutions to address the low wages of the employees in its institutions and administrations.

“The monthly salary for state workers is not commensurate with the living conditions,” Arnous said during the seventh session of the Federation of Trade Unions.

He added, “Therefore, the government has studied all the available options and found a solution only by improving the incentives system and distributing profits”.

The areas under the control of the Assad regime have been witnessing the resignation of hundreds of its employees due to the low salaries that have dropped to unacceptable levels.

Reports suggested that the Assad regime asked its ministries to study the resignation requests and disapprove them except for health or administrative reasons, and to make them acquire security approval first.

The regions of Syria under the control of the Assad regime suffer from great deterioration in the living and security conditions in conjunction with the spread of poverty and unemployment. Analysts and activists believe that this is due to the rampant corruption in all the administrations and institutions of the regime.