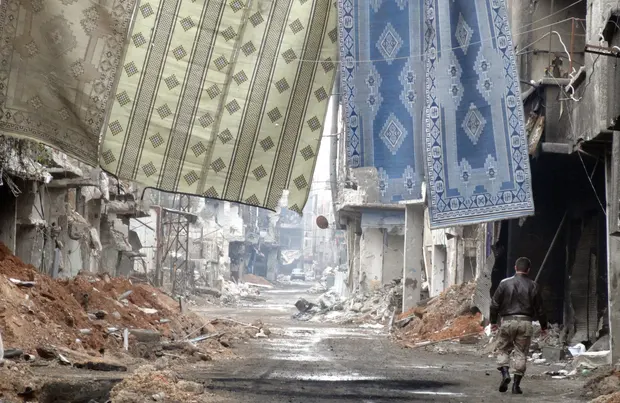 A recent video report revealed a new massacre committed by Assad’s forces in Daraa, southern Syria, which surpassed the level of brutality in al-Tadamon, in Damascus.

The report, published by the Syrian Center for Justice and Accountability, stated that groups affiliated with Assad’s forces burned the bodies of dead people in the province of Daraa, to completely obliterate all their bodies to dispose of any possible evidences.

They explained that it had obtained thirteen video clips and satellite images, dating back to 2012 and 2013, showing the transfer of bodies by regime members and burning them.

Members of Assad’s Intelligence and others from the Ninth Division were identified in four videos, as they burned fifteen bodies belonging to detainees and defectors in the al-Lajja region. They were reportedly killed during security raids.

The leaked footage showed an officer taking pictures of the dead, before petrol was poured over their bodies and burned in a communal pit.

A few months ago, the Guardian posted a video clip of regime forces, in the neighborhood of al-Tadamon, executing 41 civilians by shooting them and throwing them into a large pit while they were still alive.