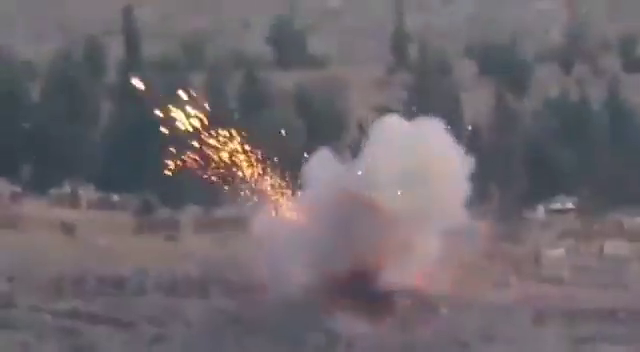 Sources on the ground claimed that revolutionary factions targeted a group of Assad’s forces, at the axes of Jabal al-Zawiya, in the southern countryside of Idlib, causing deaths and injuries.

The sources mentioned that the ATGM brigades of the National Liberation Front, from the Fathul Mubeen operations room, struck the regime forces with a guided missile, at the Hantoutin front, south of Idlib.

A video clip was posted by activists showcasing the moment the regime forces were hit.

According to sources, this came as a response to the ongoing violations of the regime and Russians on the liberated areas.

Idlib has been subjected to the ceasefire agreement signed between Russia and Turkey in early March, last year, but the region witnesses daily artillery and missile bombardment emanating from the regime’s camps.