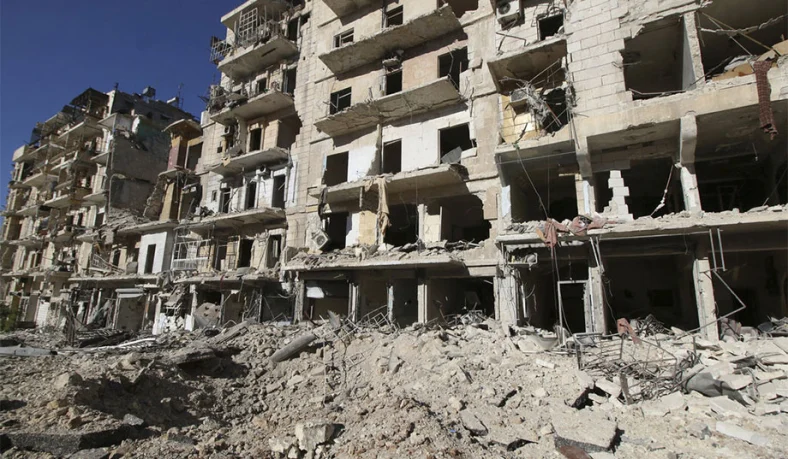 Media sources close to the Assad regime revealed that raising the construction permit fees has increased building costs and thus widened the gap between real estate prices and the people’s ability to purchase.

Abdel Nasser Khalil, head of the Engineers Syndicate branch of the Assad regime in Hama, stated that Law 37 raised the value of the building permit by 200%, as the cost of some permits in the city reached 160 million Syrian pounds, which the retailer pays to the administrative unit according to his estimation.

Malik Hosheh, who owns an engineering office and works in the field of real estate, confirmed in a statement to the regime’s media that “raising building permit fees led to an increase in construction costs. With the poor financial condition of people construction work has been suspended”.

Loyal media sources claimed that the city of Deir ez-Zor is not different from the rest of the regions, as the order of construction is limited to damage repairs, and the number of building contractors are very little.

This coincides with complaints about the rise in the so-called development fee, which ranges between 200,000 and 300,000 Syrian pounds.

A member of the People’s Assembly of the Assad regime, recently said that the Ministry of Housing contributed to the hike in real estate prices by offering land to housing associations at very high prices, instead of finding a solution to the aggravating real estate problems in regime-held region.

A newspaper affiliated with the official regime media quoted statements from a construction contractor who indicated that the construction and real estate sector has stopped. He stated that the sector is one of the most important economic sectors in Syria, and is subject to a major deterioration in the coming period.