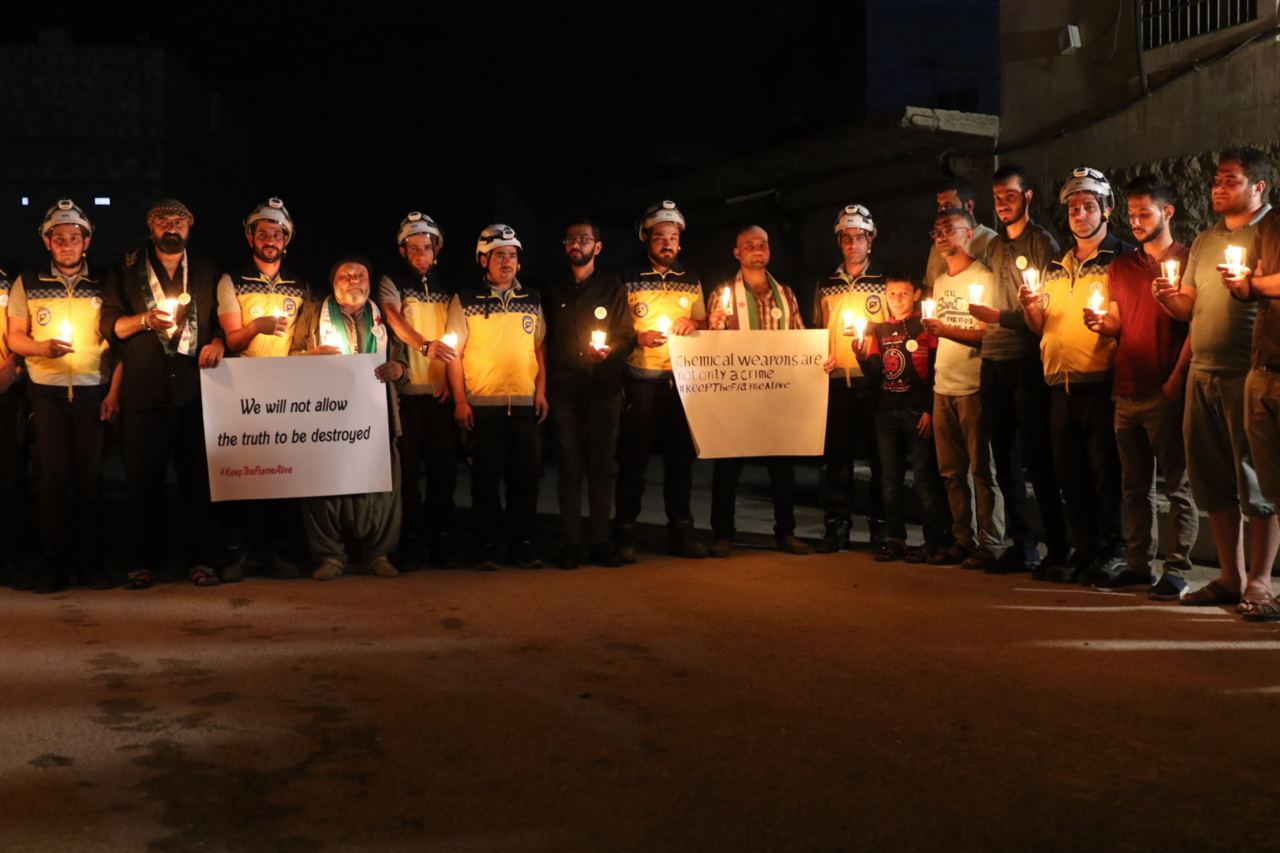 Since Sunday, locals across the liberated areas in coordination with the White Helmets and local authorities have launched a candlelight vigil in remembrance of the chemical massacre caused by Assad in Ghouta nine years ago.

Hundreds have volunteered to organize this event and it has been attended by dozens of activists and media personalities, as well as families of the victims who had been displaced to Idlib and its surroundings since 2018.

Moreover, the aim of the event is to remind the world of the atrocities that occurred during the conflict and the the horrific crimes caused by Assad and his allies that the Syrians will not forget. Their demand is to bring him and those who support his regime to justice.

The White Helmets stated: “This day cannot be erased from the memory of any Syrian, the day the world lost its sense of humanity. We consider this to be the legitimization of Assad’s continuous crimes in killing civilians when there was no international accountability for the crime of the century, nine years ago”.

They added: “On this day (August 21) the Syrian regime killed more than 1100 civilians – most of them are children and women with chemical weapons that are supposed to be prohibited internationally.
Today, nine years later, the Assad regime, the perpetrator of the crime, is still at large without any international accountability for the chemical and all the (other) massacres that has killed thousands of Syrians”.

The attendees of the event also expressed their anger towards speculation on reconciliation with the Assad regime, making it clear that it would be “impossible”.