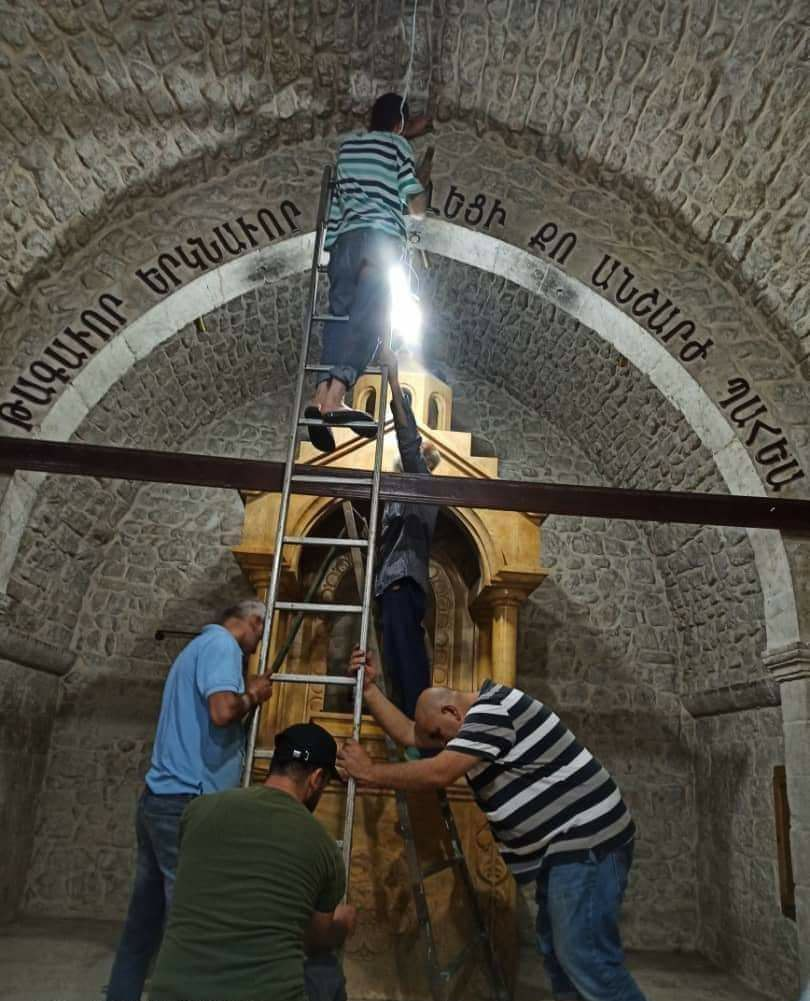 For the first time since 2011, Christians from the liberated areas of western Idlib have celebrated Saint Anna’s Day at the church of the village of Yaqoubia, in Jisr al-Shughur countryside.

Some of those who had attended posted on social media mentioning that “after ten years, the Christians of the villages of Jisr al-Shughur countryside celebrated the religious occasion after the churches and monasteries were handed over to the Christian clergy”.

The church used to be open until the priests left Syria for a few years around 2018. Last month, the local Christians had opened it and made a few minor repairs to the premises prior to the occasion. Most of them have expressed how delighted they were after the churches were returned to them.

During July, HTS leader, Abu Muhammad al-Jolani, along with others, had visited the Christian villages around the region of Jisr al-Shughur and met with the dignitaries, popes and representatives from their community.

Soon afterwards these areas were bombarded by the Assad regime and Russians which led to many believing that this was a sign of the Russia’s displeasure.

Moreover, analysts claimed it was a warning to the Christians and a way to discourage them for mending or having any relationships with the local authorities from the liberated areas.