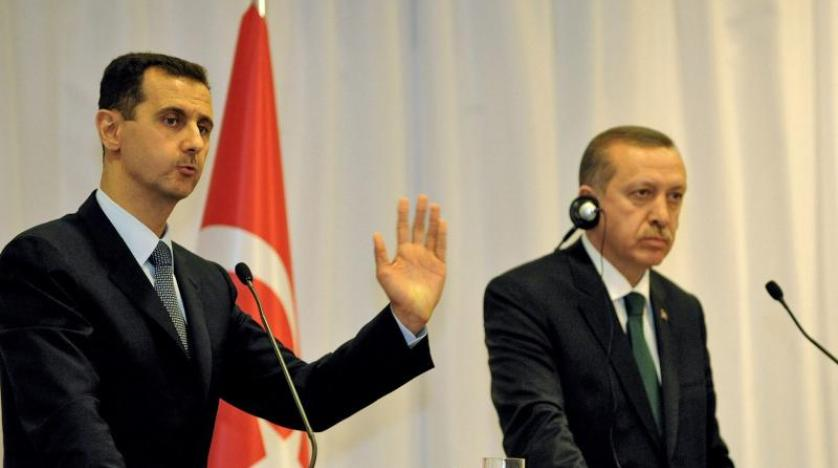 Al-Baath, the official news agency of the Syrian regime, criticized Turkey and its president, Recep Tayyip Erdoğan, after the latter’s statements regarding the possibility of restoring relations between the two parties, and the meeting with Bashar al-Assad.

According to an article they published recently: “Erdoğan turned against himself overnight, and against those who pushed him to be a part of the terrorist war against Syria.”

The article referred to Turkey’s criticism of the United States for arming the SDF, saying: “This regret has no use now because it came as an inevitable result of the political arrogance that dominated Erdoğan’s obsessions and dreams of restoring the defunct Ottoman glory.”

“The man (Erdoğan) was aware of this armament, but he preferred, rather he was arrogant, to go to the end, believing that his NATO ally would give up their crucial tool (the SDF). Perhaps the most controversial point is that the Ottoman dreamer did not receive any response from the American side to all his messages in this regard, which means that he is also nothing but a mere tool in the hands of the US, just like those (the SDF) who are fighting them now,” it added.

Regarding the possible Turkish military offensive against the SDF, it claimed: “It is necessary for Erdoğan not to risk taking any military action, whether large or small scale, because the solution is in the hands of the Syrian regime. However, he (Erdoğan) does not think that the price will be small because the Syrian state has its own conditions.”

After the latest Turkish-SDF escalation, the latter’s commander, Mazloum Abdi , mentioned yesterday: “We look forward to coordinate with the regime to counter the Turkish attacks.”