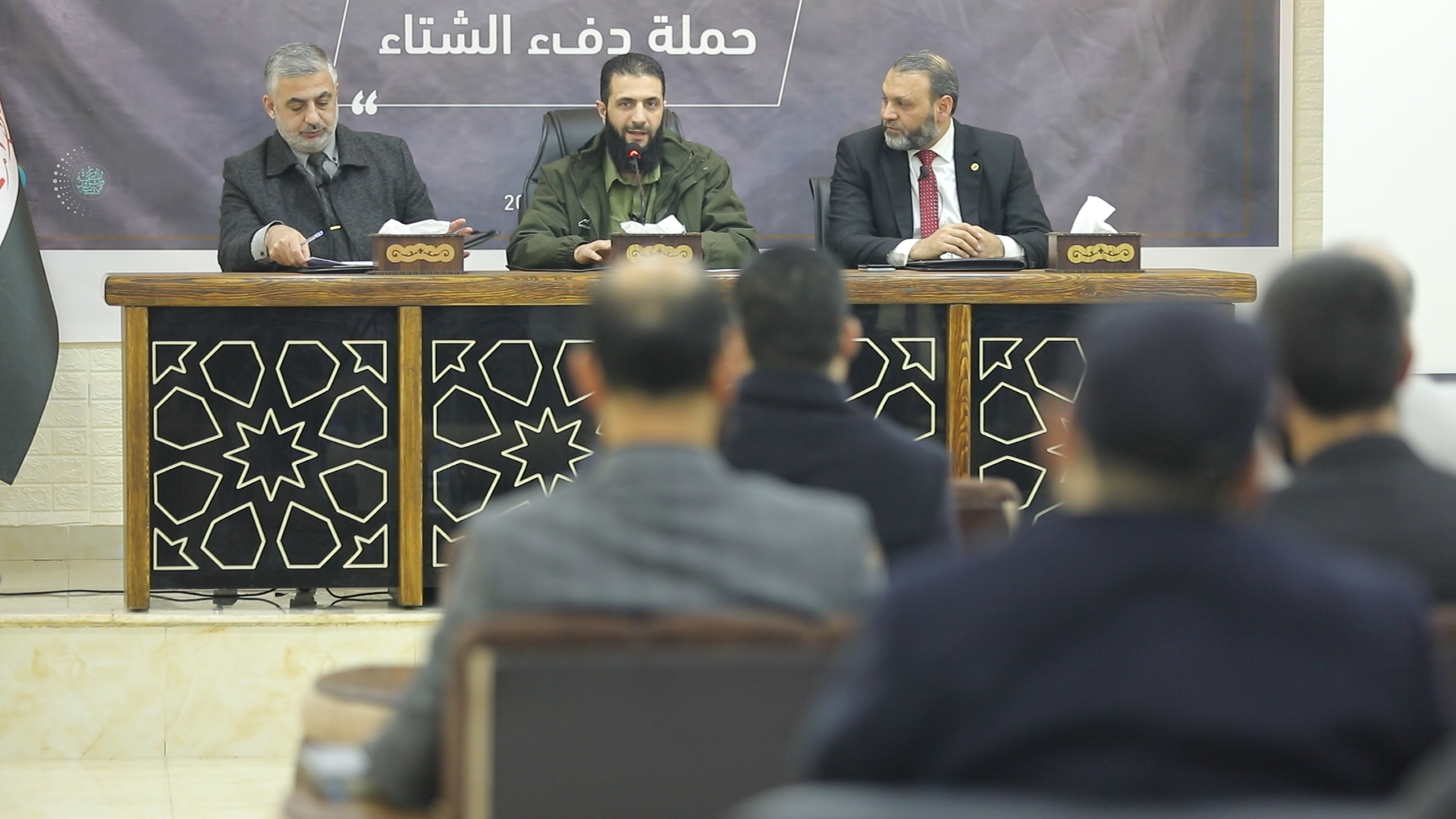 Today, the Ministry of Development and Humanitarian Affairs of the Syrian Salvation Government launched a campaign, called ‘The reality of our people in the camps and ways to respond to them’, to support the camps that have been cut-off from acquiring humanitarian aid by charity organizations.

Some of those attending the conference were the Prime Minister of the SSG Ali Keda, HTS leader Abu Muhammad al-Jolani, the Minister of Development and Humanitarian Affairs, the Chairman of the Shura Council, directors of regions, and the General Authority for Zakat.

What distinguishes the heating campaign this year is that the local authorities organized it at the beginning of the winter season to meet the needs of a large number of IDPs before the crisis occurs.

The Ministry and the General Authority for Zakat will be responsible for the supervision and implementation of the campaign.

The total number of families amounts to 50,000 approximately, including those who live near the frontlines, and the ministry aims to primarily provide 15,000 of them with cash and heating materials.

Some of the IDP camps are located in places that expose them to damage, such as road cuts or flooding, and they have been situated there for years without any alteration.

The Minister of Development and Humanitarian Affairs, Professor Mohamed al-Bashir said during the conference: “The first step this year, before the onset of winter, was to collect the needs of the liberated areas. By collecting what was needed and conducting studies on the ground through our sub-directorates, the great need of our people in the liberated areas was revealed.”

A source from the Ministry mentioned to L24 that it has been working to solve the issue these families have been facing by helping to improve their conditions or moving them to better and safer locations.

He said: “We have started inspection tours on how to respond in case of flooding, while there are efforts to avoid it before it occurs.”

“In case of any urgent need for the families to move out of their camps, due to flooding, we have finished preparing alternative camps,” the source added.

The Ministry source warned that some of the camp residents are forcibly putting their families in danger: “Some of them refuse to leave their tents and move to safer areas as it would stop them from being entitled to collect support from aid organizations in case of flooding.”

It has directed humanitarian organizations to install rainwater drainage networks for camps, build culverts, and repair roads that secure camps. The ground of 21,000 tents has been insulated and 1,150 grounds for prefabricated houses (caravans) are also being prepared.

This year, 3,300 families living in camps have been moved out from tents to brick concrete homes by the SSG.

Over the past year, several aid organizations have halted support for various camps. The IDP is left with few choices as they face the harshness of winter on one side and the continuous bombardment by the Assad regime and its allies on the other, leaving them unsettled.