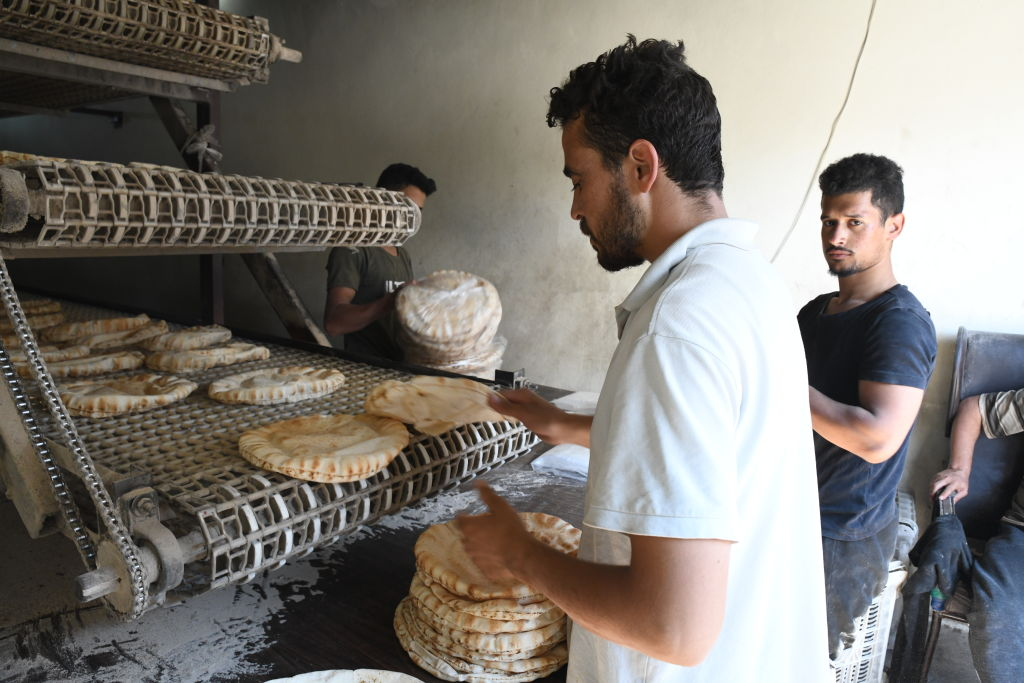 Since the global wheat crisis last year and after it escalated due to the Ukrainian war, the liberated areas have been smitten hard with its repercussions which only added to all the other issues they already suffer from.

The Deputy Minister of Economy from the Syrian Salvation Government recently stated that the economic situation of the liberated areas is always affected by any global crisis due to the weak internal resources of raw materials, especially wheat.

He mentioned that: “The support that the SSG and the local authorities worked on was limited to a certain period in order to wait for global production to return to normal after the drought”.

According to the minister: “The consequences were due several reasons, including the Ukrainian war, which is the primary reason, and the fluctuation of weather and climatic conditions that have been very unusual this year”.

“Another reason is due to the rise in cost of other raw materials, such as diesel and yeast, the costs of importing these materials and selling them in Turkish Lira (which has recently weakened even further against the US dollar)”, he said.

With regards to the issue of support and funding from (internal and external organizations) – he compared between the regions of Idlib with the regions of the northern Aleppo. He said: “What many do not know is that the largest support flows into Idlib, whether subsidized or free, in most villages and towns”.

The deputy minister added: “As for ruminating materials from the SDF-held region – they do not have sufficient crops for themselves (at the moment), due to the change in climate conditions and a state of drought.

Stating possible solutions worked by the Ministry of Agriculture in the SGG he said: “The ministry is trying to provide solutions such as the good loan project which was launched last year and it provided approximately 5 months of sufficient stock for the liberated areas”.

“Securing opportunities for the labor force and improving the level of per capita income will be the difference – this is being worked on with serious steps and there will be satisfactory results, God willing”, he concluded.