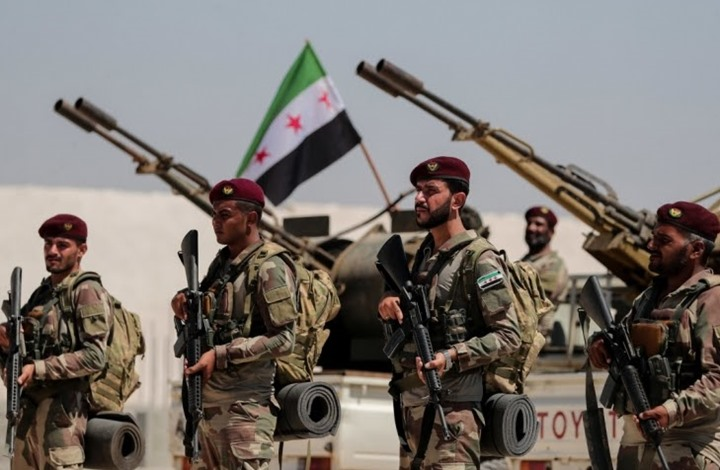 The Syrian National Army from the region of al-Bab city, near eastern Aleppo, retaliated to the massacre, yesterday, by the Assad regime on a marketplace which was packed with civilians.

Through an official statement, the SNA announced that it targeted the military airport of Kweris, northeast of Aleppo, in response to the al-Bab massacre which killed dozens of civilians, including women and children.

The hospitals were reportedly full and unable to accommodate all the injured civilians due to lack of facilities and space.

The SNA statement confirmed that a number of regime forces and members of the SDF were killed and wounded as a result of the shelling and bombing by their rockets, missiles and heavy artillery.

Moreover, military factions from the Fathul Mubeen operations room also targeted several locations of the regime’s forces in the western countryside of Aleppo with rockets and artillery.

The SNA, as well as activists, believe that it is likely that the attack was carried out by the regime in retaliation to the Turkish strike in Aleppo a few days ago, which lead to dozens of casualties from their forces.